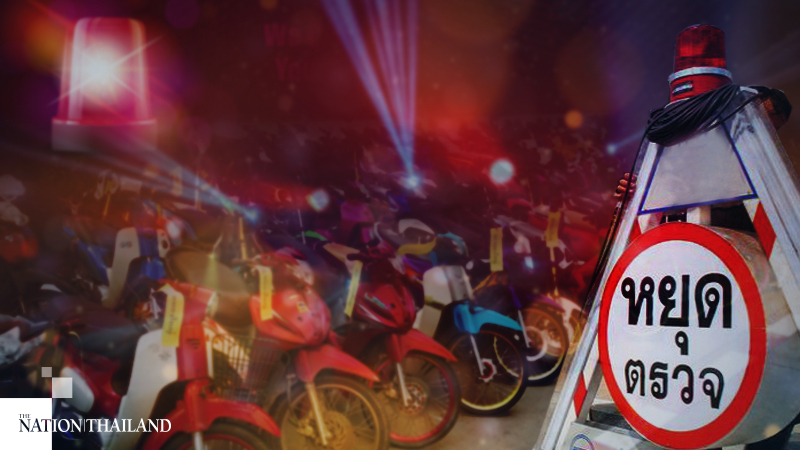 More than 100 teenagers and adults were arrested for alleged involvement in night motorcycle racing on Nonthaburi’s main roads on June 19 and 20.

The arrested persons included riders, passengers, and supporters of the illegal racers. The local police said on Saturday (June 20) that 102 people had been arrested in a collaborative effort between 11 police stations in the province.

The operation was in line with the prime minister’s policy after the curfew was lifted on Monday (June 15).

Police had discussed and planned to tackle the illegal racers and involved persons on Kanchanaphisek, Rattanathibet and Ratchaphruek roads, and highway numbers 345 and 346.

Officials confiscated 97 motorcycles and 21 modified exhaust pipes. The offenders were charged in several cases, inncluding riding without a licen e or a licence plate, using modified vehicles, and causing trouble to others.

The police added that they would extend the crackdown to the racing fanpage on Facebook, as well as those garages that had modified the motorbikes.