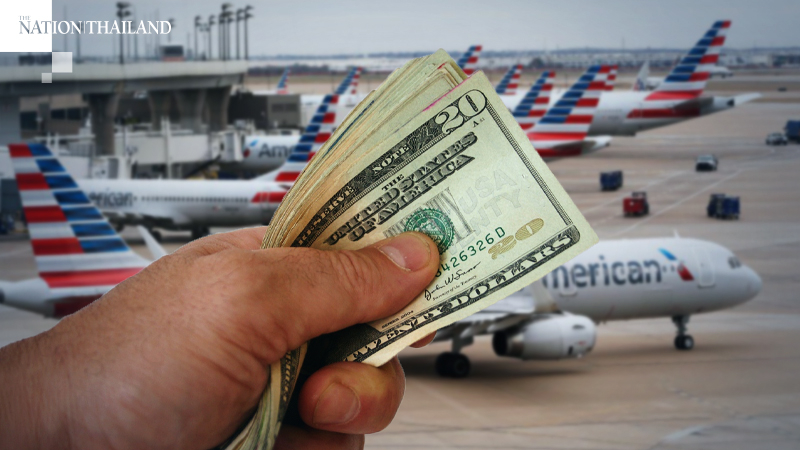 American Airlines is seeking to raise around $2 billion from a junk bond offering that may emerge as soon as next week, according to people with knowledge of the matter.

The company is sounding out investors for a potential five-year secured note that cannot be repaid for the life of the bond at a yield of 11%, said the people, who asked not to be named because the talks are private. Discussions around the terms of the offering, including the yield, are preliminary and could change, the people said.

The debt may be backed by assets like airport slots and gates, Bloomberg previously reported.

Representatives for American and Citigroup, which is working with the company, declined to comment.

American shares rallied after Bloomberg reported on the potential offering. The stock gained as much as 2% to trade at $16.84 at 11:16 a.m. in New York.

American, the most debt-laden of the largest U.S. airlines, is considering the financing to help it get through a collapse in travel demand stemming from the Covid-19 pandemic. Delta Air Lines, Southwest Airlines and JetBlue Airways have tapped debt investors in recent weeks to boost liquidity.

Fort Worth, Texas-based American offered about $360 million in municipal bonds on Wednesday, up from the $100 million the company initially planned to sell. The junk-rated bonds priced to yield 5.5% in 2031, nearly 4.6 percentage points higher than AAA rated municipals, and received more than $4 billion of investor orders.

The airline has also received $5.8 billion in federal payroll support as well as a $1 billion 364-day term loan from banks, according to a regulatory filing last week.

American's planned offering comes as United Airlines Holdings Inc. said it plans to tap its frequent-flyer program to raise $5 billion in the debt markets. Amid the pandemic, investors have grown choosy about the collateral offered as security on debt. United earlier abandoned efforts to sell $2.25 billion of high-yield bonds backed by older planes after it was unsatisfied with terms of the deal.

American has about $11 billion in unencumbered assets, according to the filing. Of that, $7.45 billion is estimated to be composed of slots, gates and routes. American's existing term loans are trading between 75 cents and 85 cents on the dollar, according to data compiled by Bloomberg.