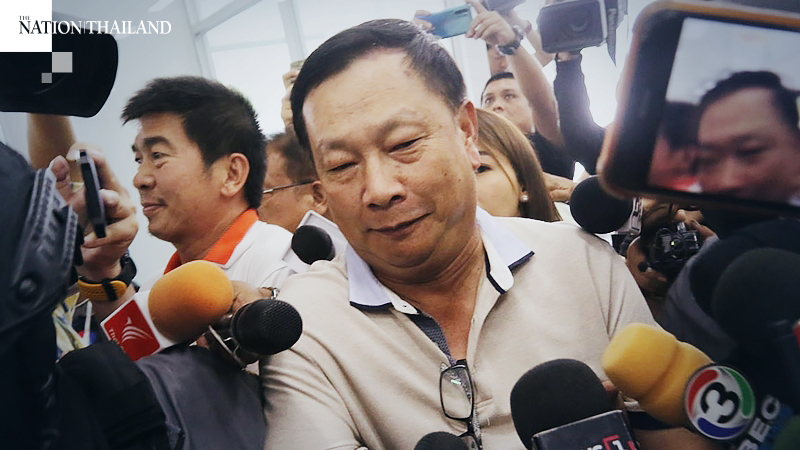 Former deputy commerce minister Banyin Tangpakorn was transferred to a solitary cell after Bangkwang Central Prison officials learned of an alleged escape plan that involved taking the prison chief's wife hostage and escaping in a helicopter.

Suthon Thongsiri, 42, who was just released from prison reportedly said Banyin’s lawyer allegedly was helping him with the escape plan with Nattapon Norakarn, 30, an accomplice currently in police detention.

The investigators were also contacting Nakhon Sawan province MP Nukul Saengsiri, who reportedly had a conversation with Banyin to ask whether he knew about a jailbreak plot.

Corrections Department director-general Narat Sawettanan said the plot was a possibility since Banyin used to be a policeman but without evidence, it was still a rumour.

The Crime Suppression Division will hold a meeting on June 22 to detail and investigate Banyin’s alleged escape plan and the Central Criminal Court for Corruption and Misconduct Cases will examine the testimony in Banyin’s murder case on the same day.

Banyin was accused of kidnapping and murdering the brother of a Bangkok South Criminal Court judge and he was put in prison for document falsification.