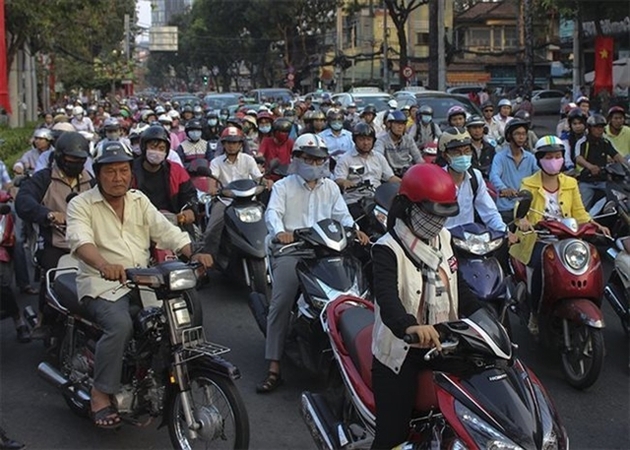 HCM CITY — The city will focus on major transport projects that help ease traffic gridlock and scrap less urgent ones since resources are limited, the HCM City government has said.

The Department of Transport said it had developed a transport infrastructure plan for the next decade with a focus on the criteria that would determine the priority of projects based on planning, simulation and traffic forecast.

Trần Quang Lâm, the department's director, said priority would be given to belt roads, highways and urban railways (metro No 1, 2, 3B, 5). Other urgent projects include elevated roads and others that connect with Tân Sơn Nhất airport, Cát Lái Port and Hiệp Phước Port.

Võ Văn Hoan, vice chairman of the city People’s Committee, said the city had spent 37.5 per cent of public investment in 2016-20 on transport infrastructure.

Now, due to limited resources, it would have to focus on congestion hotspots such as airport, seaports and roads to neighbouring provinces, he said.

It had worked closely with districts to promptly resolve problems related to land acquisition and compensation to speed up progress, he said.

“District leaders will be held responsible for compensation and land handover.”

It would ask the city Party Committee and People’s Council for permission to scrap projects considered less urgent, he said.

In 2016-20 the city completed a number of key transport works such as Phạm Văn Đồng Street, the road leading to Phú Hữu Port in District 9, the flyover at the Gò Mây intersection, the intersection near the HCM City National University, and the flyovers at Võ Văn Kiệt Street and the Gò Vấp intersection, according to the People’s Committee.

They are now playing a major role in reducing congestion and accidents in the city.

According to the Management Board for Traffic Works Construction and Investment, the city will complete 29 traffic projects and start work on 27 new ones this year.