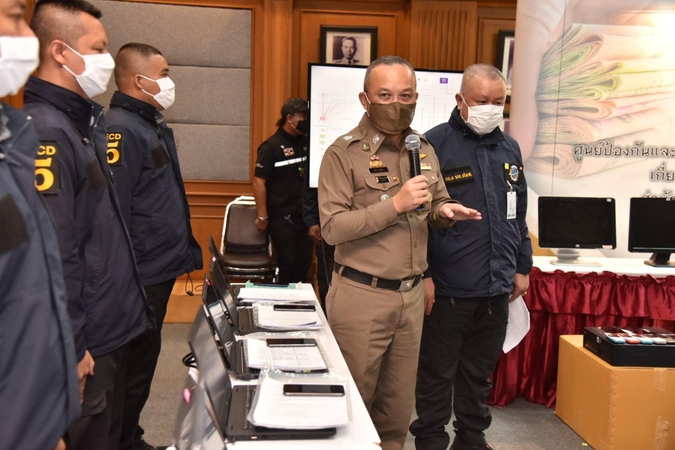 Police said five Chinese nationals have been arrested for running the “True Cash Pro” mobile app, which provided unlicensed personal loans at higher interest than the rate specified by the Bank of Thailand.

“After receiving complaints from several people that the company behind the app demanded high interest on personal loans, we tracked down the operation to a building in Pattaya, Banglamung district, Chonburi,” announced Region 5 Economic Crime Suppression Division chief Pol Col Phadol Chandon on Monday (June 22). “Some plaintiffs reported that they were harassed and threatened on the phone to pay interest of 22-28 per cent to the company.”

The Central Investigation Bureau collaborated on the operation. 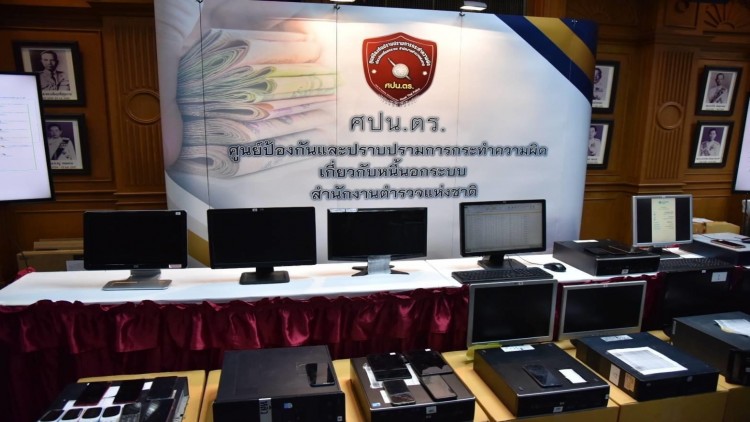 Investigations revealed that True Cash Pro Company has recorded cash flow of more than Bt100 million per month and over 10,000 customers. Apart from arresting the five Chinese nationals that run the company, officials also confiscated 11 laptop computers, 11 desktop computers and 35 mobile phones during the raid on its Chonburi office.

The bureau has now requested a court order against a Bangkok-based debt collecting company contracted by True Cash Pro. The company reportedly collects repayments from True Cash Pro customers at a fee of Bt580 per person.

Officials have seized six bank accounts from both companies with total deposits of Bt22 million.