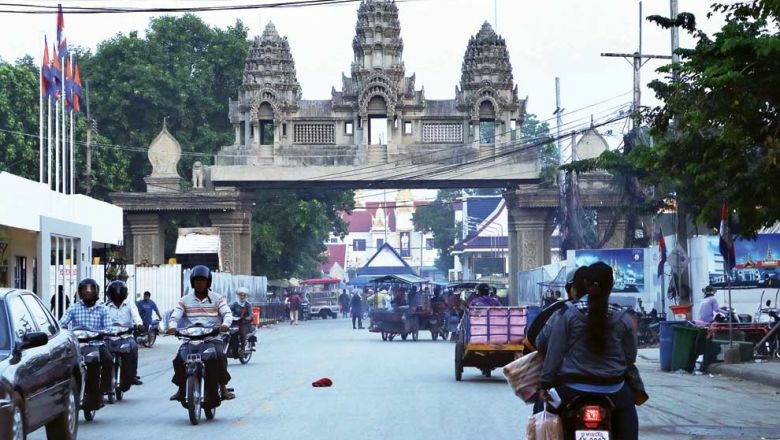 Provincial hall spokesman Ly Sary told The Post on Monday that the government met with officials at the Customs headquarters in Thailand to discuss the matter. The Poipet-Aranyaprathet international border checkpoint has been closed since March.

He said the discussion came after Cambodians requested the re-opening.

Sary said Cambodian vendors with stalls in Rong Kluea market in Sa Kaeo province, who number about 12,000, are especially anxious to get the border open because their business has suffered since its closure.

He said the provincial hall would announce a result of the discussion following the meeting.

The request to reopen the Poipet international border checkpoint came after the Ministry of Foreign Affairs and International Cooperation sent a letter dated June 19 to Minister of Interior Sar Kheng, stating that Prime Minister Hun Sen had agreed on June 17 to allow Vietnamese to travel in and out of the Cambodian border.

The letter signed by the ministry’s secretary of state Ouch Borith said: “The Cambodian government decided to repeal a press release and a diplomatic note dated June 18, on temporary travel restrictions between Cambodian and Vietnamese by road, water and air.”

The letter said Cambodia would apply health measures from the latest announcement by the Inter-Ministerial Committee to Combat Covid-19 dated June 20 to Vietnamese citizens travelling to Cambodia.

The Ministry of Foreign Affairs and International Cooperation on Monday then sent another diplomatic note on June 22 to the Vietnamese Embassy in Cambodia concerning the restriction on cross-border movement of Cambodian and Vietnamese nationals.

The restriction has been annulled as of June 19.

Ministry of Foreign Affairs spokesman Koy Kuong could not be reached for comment on Monday, while Ministry of Health spokeswoman Or Vandine said she didn’t yet receive information regarding measures to reopen the border with Vietnam.

The Vietnamese government shut down all borders with Cambodia on March 18 without informing Cambodian authorities.

Bavet town police chief Em Sovannarith told The Post on Monday that he had seen the announcement but he said there was no formal permission from the senior leadership regarding the decision yet.

He said Cambodians along the border always ask him about the day Vietnam will open its borders.

“Cambodian citizens ask [me] because they have to go for treatment and need to take medicine from a Vietnamese hospital.

“Usually, citizens along the border go for treatment in Vietnam because it is easier to go to the neighbouring country,” he said.