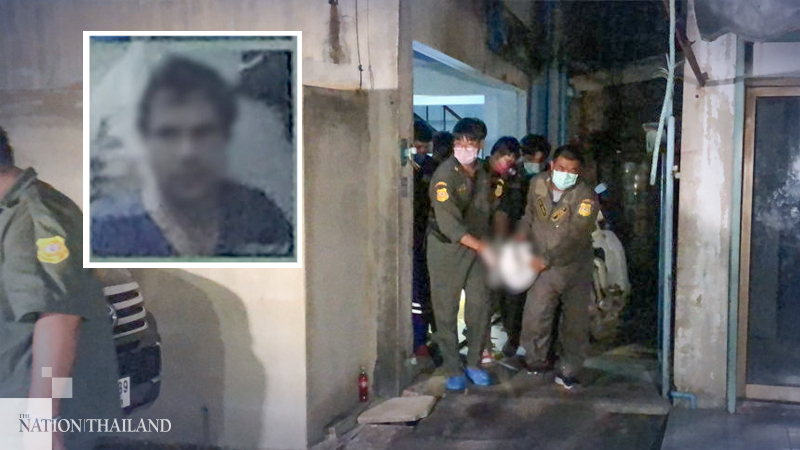 One Indian man was killed in a gruesome murder and another wounded at an apartment in Bang Sue district early yesterday.

On being informed of the incident at 1.20am, Tao Poon police rushed to the apartment to find an Indian businessman, 31, with a severe cut on his right foot and a bruised right eye.

The police followed a long trail of blood from the third floor up to the apartment’s rooftop, where they found the body of another Indian, with wound marks on his face and his neck nearly severed from his body.

A neighbour informed officers that the dead man had lived at this apartment for the past two years, while the injured man stayed with him for two months and was set to return to India this month.

The neighbour said he heard a loud noise from the rooftop at midnight, before the injured man frantically knocked on his room door, asking him to quickly call the police.

Station superintendent Eakkrit Kanchana said the injured man told officers that it was another Indian who killed his friend and injured him.

Eakkrit said he has ordered his officers to find the missing man and his weapon.

The case is under investigation.