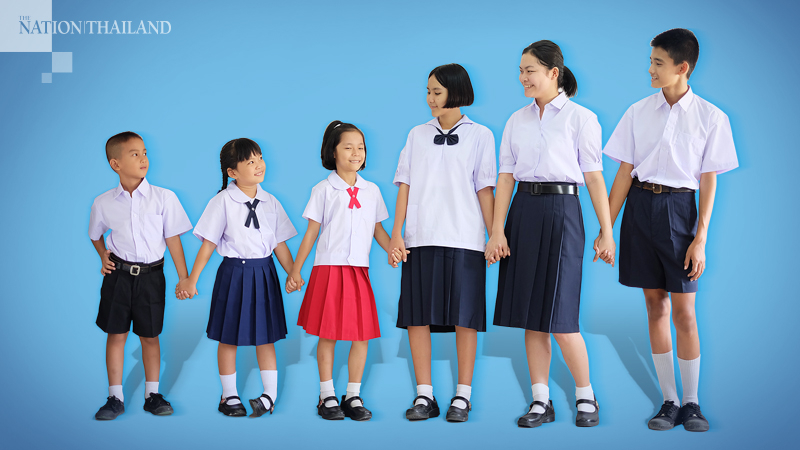 The school-uniform market in Chiang Mai is finding itself in a difficult situation as customers decide to save their money amid the Covid-19 crisis.

The owner of Sutthiporn shop in Kad Kom (Kom Market), for example, said fewer customers than usual are arriving to buy uniforms. Puangpetch Saechue explained that the uniform market was usually energetic before schools were about to reopen, but in this situation it is a different story.

“Sales of uniforms have decreased by 20 per cent because of Covid-19, with parents deciding to suspend purchases and instead urging their children to make do with their elder brother’s or sister’s uniforms,” she complained, adding that her shop was forced to sell uniforms at low prices.

Puangpetch fears the situation will continue as some students will be allowed to study from home in order to reduce crowding at schools.

Meanwhile, Pattraporn Uniform shop owner Panuwat Saranchol is more lucky. He said his online sales have increased even as he sticks to last year’s prices of between Bt300 and Bt700, depending on the uniform’s size and quality.

However, Panuwat admitted that the situation has led to a decrease in the number of items he could sell so far this year.