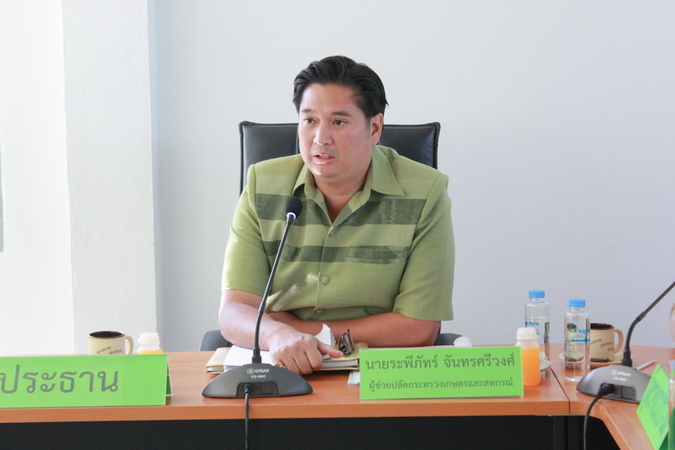 The Ministry of Agriculture and Cooperatives has appointed permanent secretary Anant Suwanrat to chair the taskforce for agricultural development in the Eastern Economic Corridor.

They will work in cooperation with the EEC Office, Raphiphat Chantharasriwong, secretary-general of the Office of Agricultural Economics said.

Raphiphat said the taskforce will focus on three aspects:

1. Use market demands to guide manufacturing plans, by estimating domestic demand in EEC areas after the U-Tapao Aerotropolis is completed, as well as demands in foreign markets such as Cambodia, Laos, Myanmar, Vietnam and Europe. They will also promote the creation of new products to boot demand in strategic markets.

2. Use modern technology to promote marketing and processing of agricultural products, such as selling via e-commerce and e-auction platforms, improving product quality via research and development to achieve international standards, and making packaging that keep products’ freshness and reduce damage from logistics and climate in destination markets.

“The task force will also coordinate with the National Agricultural Big Data Centre to create a national big data on agriculture for future reference,” he added.

Meanwhile, a source from the Ministry of Agriculture and Cooperatives revealed that the clusters of fruits and fishery products should be given priority in the first five years of the agricultural development plan in the EEC areas, due to the increasing demand in China, the largest importer of Thai fruits, Japan, United States and emerging markets in the Middle East.

“The highlighted products in these clusters include fresh durian, fresh longan, fresh mango, farmed shrimp and tuna,” it said. “It is expected that the demand in EEC areas will jump 49.6 per cent in the next five years or equal to 67,163 tonnes per year.”