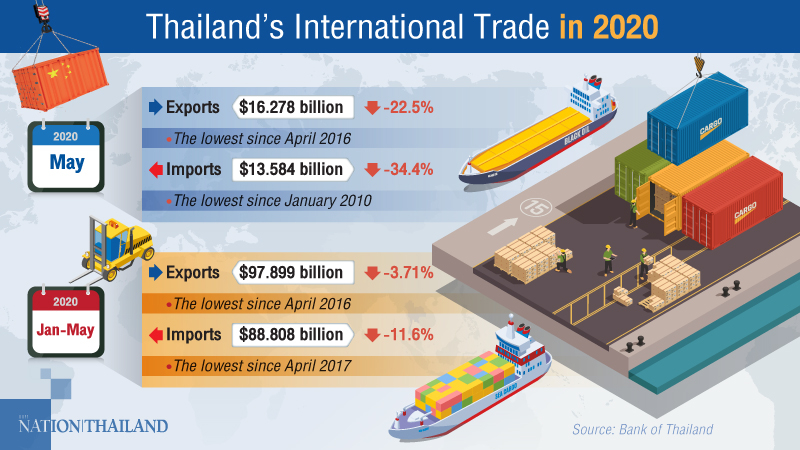 Thailand’s exports in May amounted to $16.278 billion, the lowest in the past four years, the Trade Policy and Strategy Office said on Wednesday (June 24).

Exports were hit due to the ongoing global Covid-19 crisis, its impact on consumers’ purchasing power, as well as the slump in oil price, the Office director-general Pimchanok Vonkorpon said.