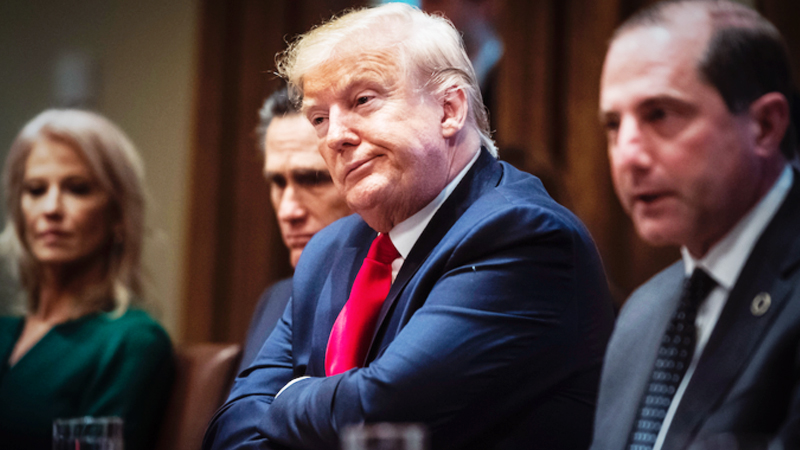 Tomas Philipson, acting chairman of the White House Council of Economic Advisers, will leave his post by the end of June, White House spokesman Judd Deere said in an email. The announcement comes two days after Kevin Hassett, a senior White House economic official and Philipson's predecessor as chair of the CEA, announced that he would be stepping down. Hassett was brought back to the administration this winter but is preparing to step away again.

"After three years, CEA Acting Chairman Tom Philipson is departing the Council of Economic Advisers at the end of the month and will be returning to his tenured role at the University of Chicago in the fall," Deere said in an email.

Philipson was not as prominent an adviser as Hassett when he held the role, per several White House officials. But he has been an outspoken supporter of Trump on social media and appeared at a recent Rose Garden ceremony when Trump announced that the economy was roaring back to life.

Philipson also feuded with Obama administration CEA chair Jason Furman on Twitter. After Furman criticized a chart circulated by Hassett appearing to show coronavirus deaths plunging to zero by mid-May, Philipson criticized Furman, who had called the chart a low point for the CEA, and Philipson responded: "Comparing things to the data might have helped Furman when he advised the worst economic recovery in history."

Philipson also attacked on Twitter the New York Times columnist Paul Krugman as a "political hack" and said Furman is the only CEA chair "without peer-reviewed scientific work and academic appointments - it shows."

The tweets alarmed former officials with the CEA, which has historically given presidents policy analysis and tried to avoid political infighting.