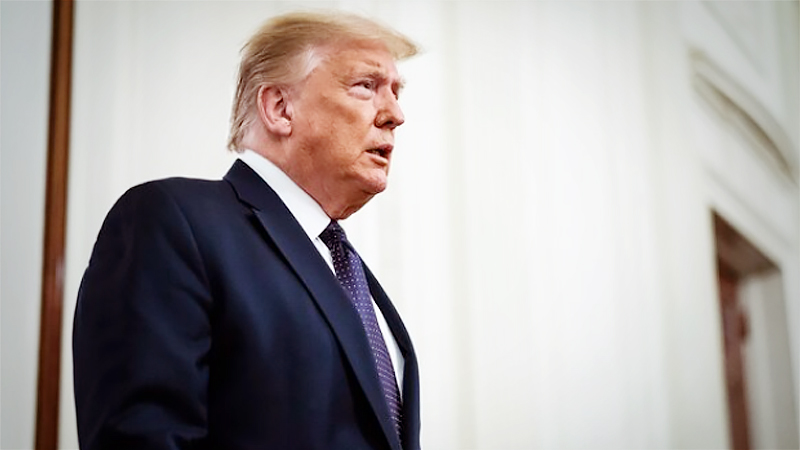 WASHINGTON - President Donald Trump confirmed Wednesday that he plans to slash the number of U.S. forces stationed in Germany, where the heavy American military footprint was a bulwark to the Soviet Union and a way station for the wars in Iraq and Afghanistan.

Trump said he would roughly halve the U.S. troop presence in Germany to 25,000. He made clear that doing so was a punishment for what he perceives as German failings, chiefly on its commitment to NATO. Poland, he said would pay to host U.S. forces.

"We're going to be reducing Germany very substantially, down to about 25,000 troops," from more than 50,000 stationed there, Trump said during a Rose Garden news conference with Polish President Andrzej Duda, the first foreign leader to visit the United States since the coronavirus pandemic began raging in late March.

"Germany's paying a very small fraction of what they're supposed to be paying," Trump said, referring to the commitment among NATO nations to contribute 2 percent of their gross domestic product to trans-Atlantic common defense under the pact.

Germany, the largest economy in Europe, is not close to meeting that standard. According to a NATO report, while having increased its contribution, Germany devoted only 1.38 percent of its GDP to defense spending in 2019.

Trump's anger is also rooted in his belief that Germany, a rich industrial power, should not be underwriting its military defense with U.S. forces stationed on its soil. In Trump's view, the basing arrangements are free military power for Germany, but in the traditional U.S. military view they are inexpensive launch points to project U.S. power against a potential Russian threat but also to the volatile Middle East and in Afghanistan.

"Some will be coming home; others will be going to other places in Europe," Trump said.

A U.S. withdrawal from Germany has been expected, but Trump gave the first full confirmation and hard numbers Wednesday.

He did not mention German Chancellor Angela Merkel by name, but Trump is angry with her for spoiling his plan to invite leaders of the Group of Seven industrial bloc nations to Washington for a showpiece event this month meant to help put the pandemic in the rearview mirror and focus attention on economic recovery. Merkel refused to attend, citing the pandemic, and Trump called off the proposed in-person meeting.

Duda, who has courted Trump and even offered a potential "Fort Trump" military installation in Poland, said he had asked the U.S. leader not to withdraw U.S. forces from Europe.

"It is an important security guarantee for us," he said in Polish.