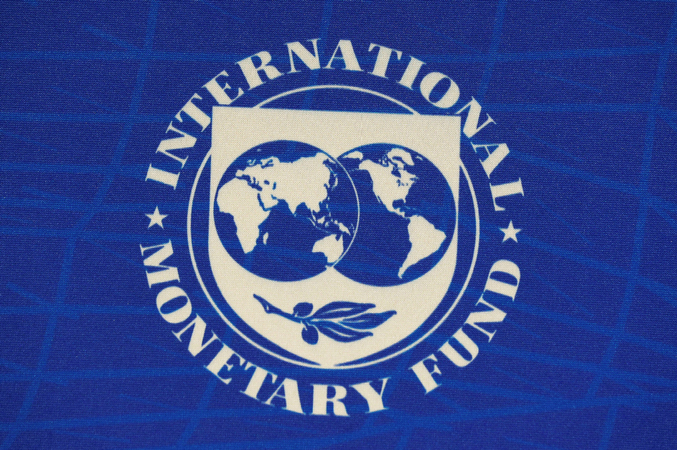 The logo of the International Monetary Fund (IMF) is seen during a news conference in Santiago, Chile, July 23, 2019. [Photo/Agencies]

The International Monetary Fund has projected a "deeper recession" for the world economy this year and a slower recovery for 2021, as it envisions far more severe damage from the COVID-19 pandemic.

In its World Economic Outlook updated Wednesday, the IMF, which also stressed the need for global cooperation to deal with a truly global health crisis, predicts global output will contract by 4.9 percent this year, worse than the 3 percent drop it had forecast in April.

That will be followed by a partial recovery of 5.4 percent growth in 2021, down by 0.4 percentage point from the April projection.

"This is the worst recession since the Great Depression," IMF Chief Economist Gita Gopinath said at a virtual news conference. "No country has been spared."

For China, where the recovery from the sharp contraction in the first quarter is underway, the IMF predicts growth of 1 percent for the full year, 0.2 percentage point weaker than in its April forecast.

It forecasts the world's second-largest economy to rebound by 8 percent in 2021, a 1 percentage-point drop from the projection it made two months ago.

The IMF predicts the US economy will contract 8 percent in 2020, even more than its April estimate of a 5.9 percent drop. The fund also lowered its prediction for US economic growth for next year, from 4.7 percent to 4.5 percent.

In addition, geopolitical and trade tensions could damage fragile global relationships at a time when trade is projected to collapse by around 12 percent.

"Global cooperation is ever so important to deal with a truly global crisis," she wrote. "All efforts should be made to resolve trade and technology tensions, while improving the multilateral rules-based trading system."

Gopinath noted that even before this crisis hit, a serious questioning of globalization and its benefits had emerged, along with rising trade tensions.

"Now this crisis has probably exacerbated some of that," Gopinath was quoted by Agence France-Presse as saying.

"But it's very important for countries to work together, and we have been calling explicitly for not putting export restrictions on, for instance, medical supplies and medical goods, because this is the time when the world as a whole needs it," she said.

"They have to be collaborative and have to work together," Gopinath said, according to the AFP report.

In its report, the IMF called for multilateral cooperation to support health care systems, including completing the removal of trade restrictions on essential medical supplies; sharing information on the pandemic widely and transparently; providing financial assistance and expertise to countries with limited healthcare capacity, and channeling funding to scale up vaccine production facilities.

"Development of a safe, effective vaccine would lift sentiment and could improve growth outcomes in 2021, even if vaccine production is not scaled up fast enough to deliver herd immunity by the end of 2021," the fund said.

The World Health Organization said Wednesday that the number of COVID-19 cases worldwide is expected to reach the 10 million mark within the next week, as by now more than 9.1 million infections and more than 470,000 deaths have been reported to the United Nations health agency.