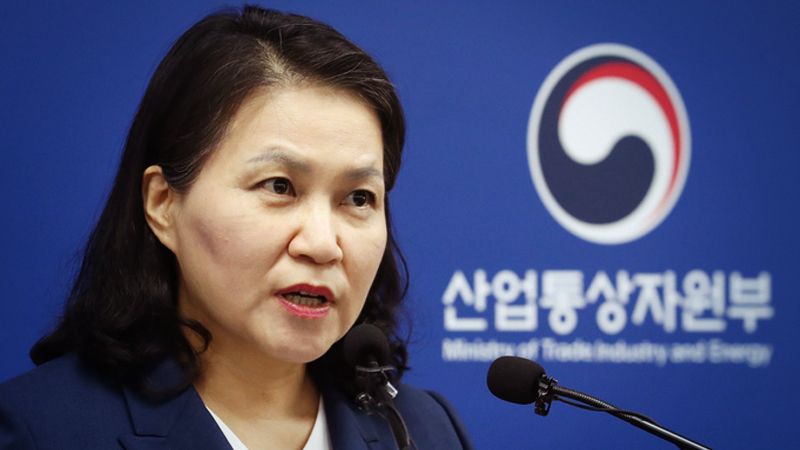 Yoo, 53, is the third South Korean to run for the top post of the Geneva-based trade body, currently facing challenges over confusions in global trade rules and shaky cooperation among the member countries. If elected, Yoo would be the first Korean to lead the organization.

Yoo, however, dismissed any possibilities that her potential appointment could meddle with the ongoing dispute between the two nations. Yoo stressed that the WTO should not represent interests of a particular nation.

Yoo has been a lifelong bureaucrat who took part in numerous trade deals and negotiations, including an FTA with the US. She was also the first woman to become a first-rank staff in the 70-year history of the trade ministry in 2018.

The WTO has begun the process to pick a new head since early this month as the current director-general, Brazil‘s Roberto Azevedo is set to step down in August -- about a year before his term ends.

Currently, the WTO has received four candidates from Egypt, Mexico, Nigeria and Moldova, according to the ministry.

The WTO will accept nominations until July 8. Candidates will later present their views at a special council meeting, through which the WTO council will arrive at its decision after consultations.