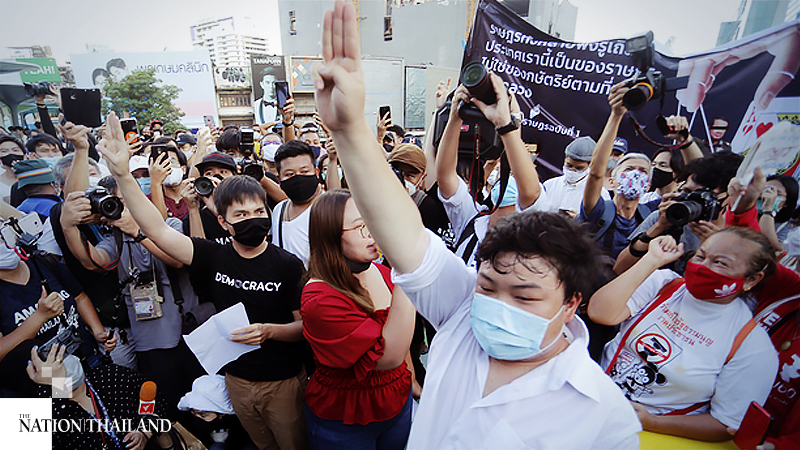 The Student Union of Thailand as well as members of the FreeYouth group gathered in Bangkok’s Pathumwan intersection on Wednesday (June 24) to read aloud the “Khana Ratsadon (People’s Party)’s declaration of democracy”, as a reminder of who really are the owners of this country. 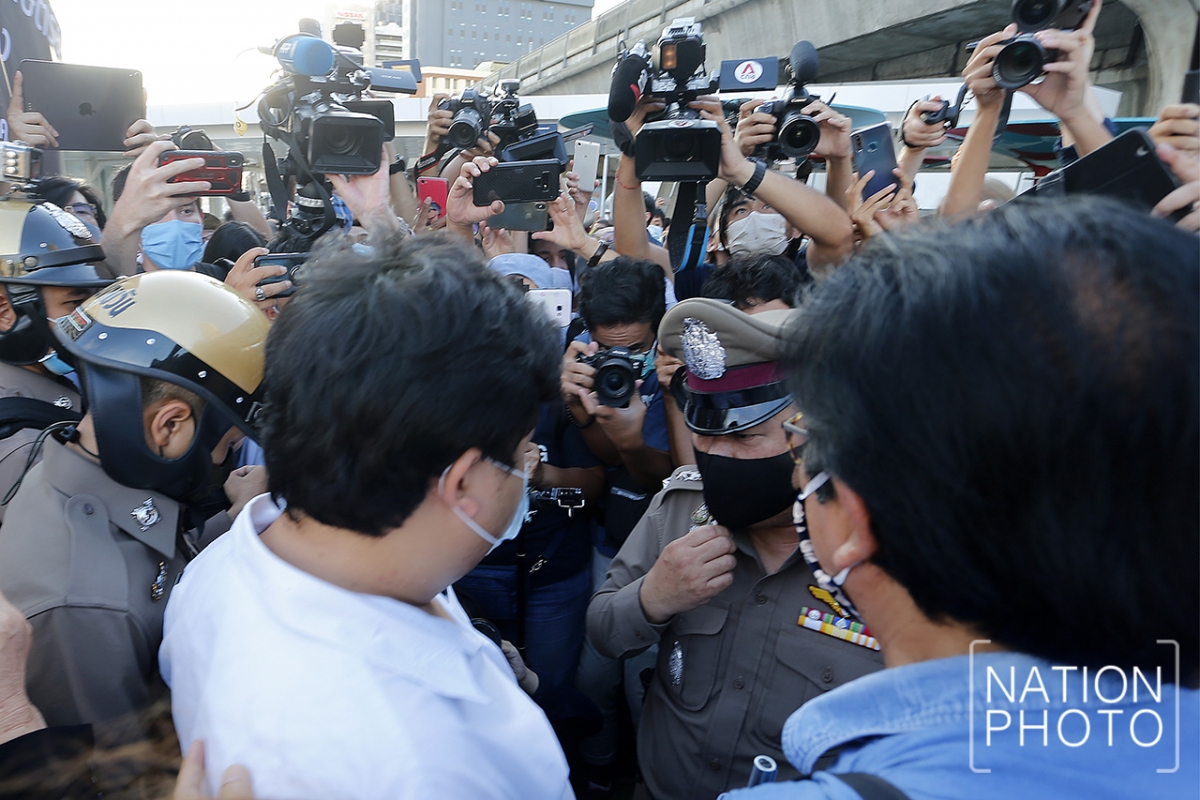 Wednesday marked the 88th anniversary of democracy in Thailand, ushered in by the Siamese Revolution of June 24, 1932.

The revolution was led by the People’s Party – a mixture of bureaucrats and young military officers. They staged a bloodless coup against King Prajadhipok (Rama VII) and transformed the country’s absolute monarchy to a constitutional monarchy. 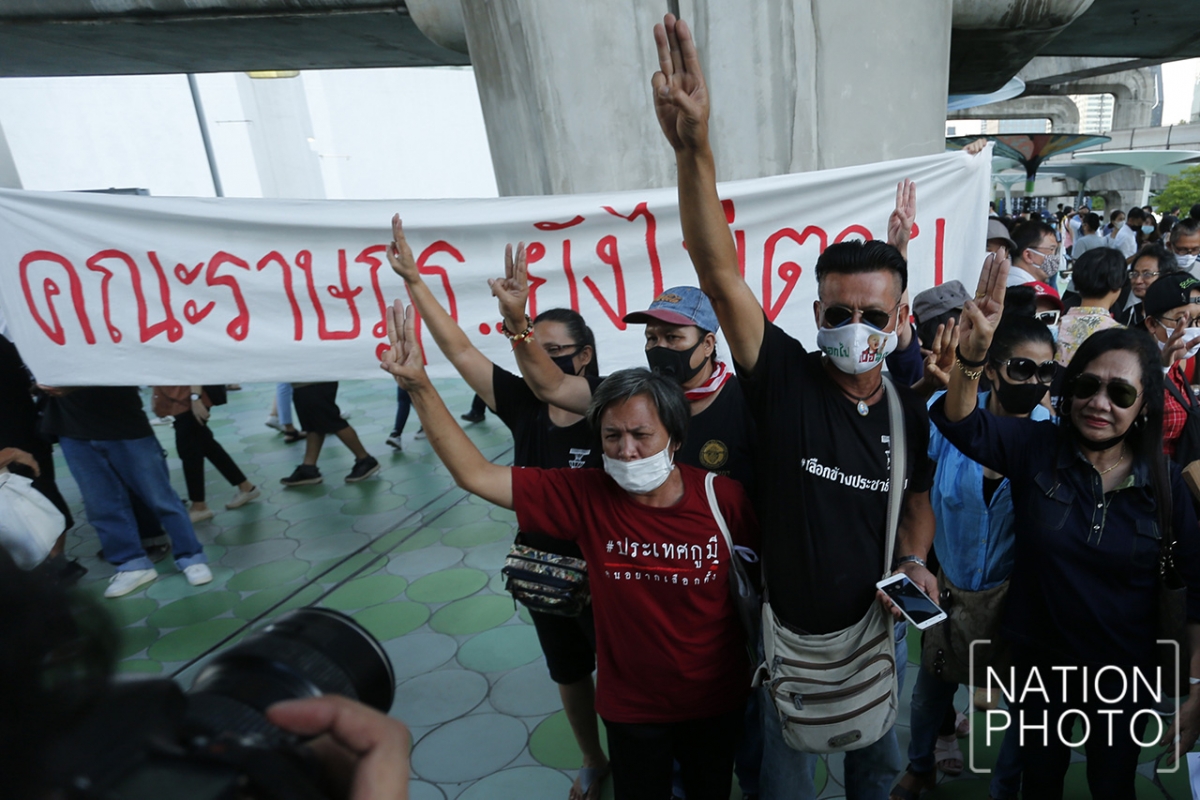 The party’s declaration pinpointed six principles, among them maintaining the supreme power of Thai citizens and to protect their equality. The key sentence of the declaration was “the country belongs to the people, not the king”.

A plaque commemorating the Siam Revolution placed in Bangkok’s Royal Plaza disappeared in 2017. 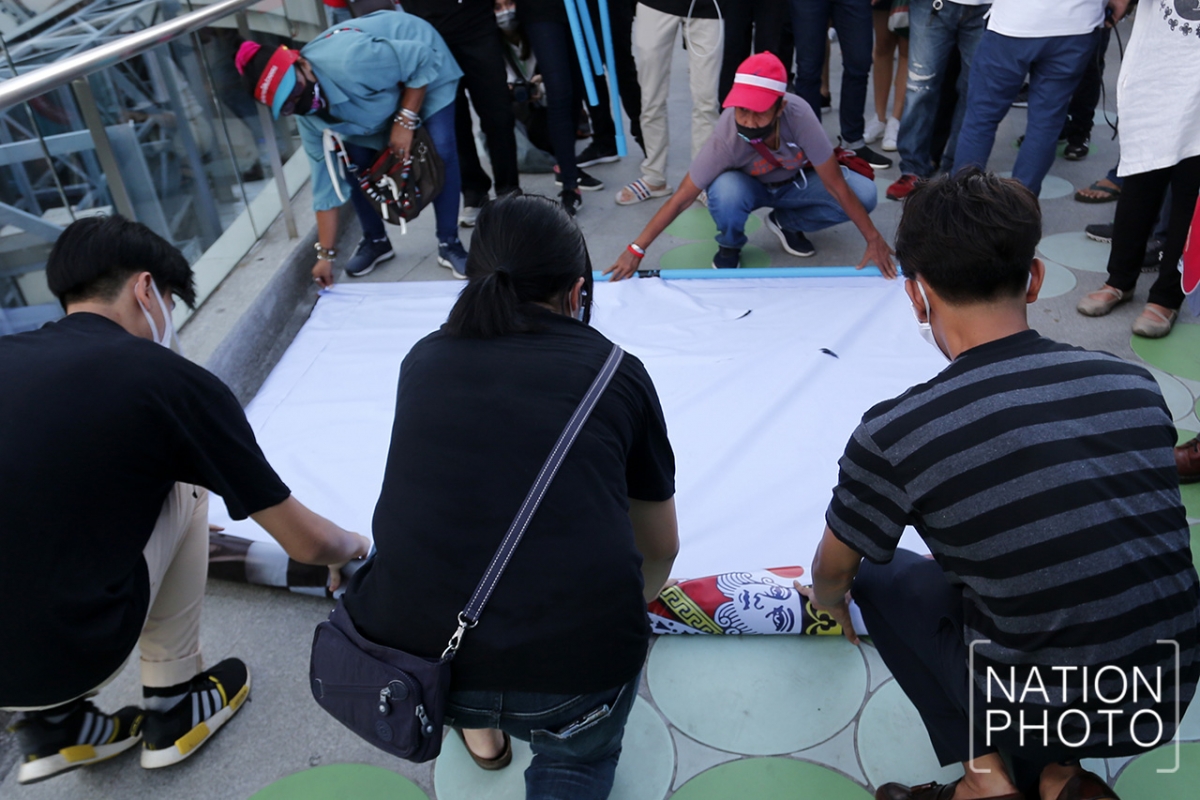