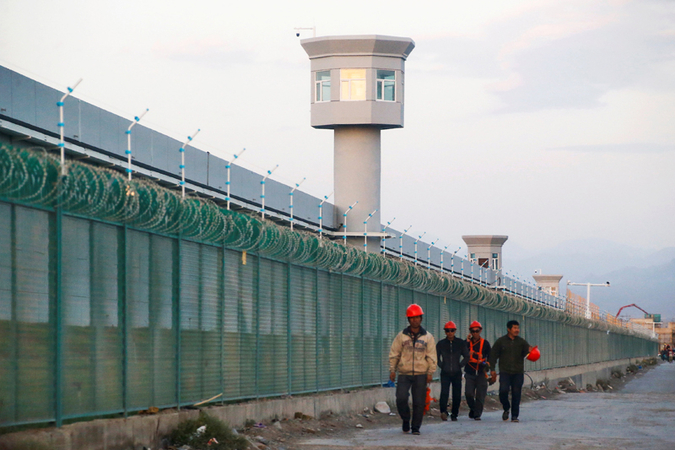 WASHINGTON - The State Department on Thursday named 10 countries that it said engaged in government-sponsored forced labor, qualifying them for the lowest possible ranking in an annual report on human trafficking.

The bottom of the list was dominated by long-standing U.S. adversaries such as China, Cuba, North Korea and Russia, but it also included U.S. ally Afghanistan.

The report cited an Afghan government "policy or pattern" of recruiting child soldiers and sexually enslaving boys in government compounds, a practice known as "bacha bazi." It urged officials to increase investigations and prosecutions of suspected traffickers.

This was the first year in which governments were named as complicit in human trafficking under a law signed by President Donald Trump requiring the countries be dropped to the lowest ranking of Tier 3. That could trigger sanctions and aid cuts.

"It's a perversion of any government's reason for existence: to protect rights, not crush them," Secretary of State Mike Pompeo said in introducing the report. "The United States will not stand by as any government with a policy or pattern of human trafficking subjects its own citizens to such oppression.

"The United States will work tirelessly to free those still enslaved. We will help restore the lives of those who have been freed. And we will punish their tormentors."

Other countries whose governments were listed as endorsing human trafficking were Belarus, Myanmar, Eritrea, South Sudan and Turkmenistan. Cuba was included primarily for its program of sending doctors and other medical workers abroad and confiscating most of their salaries. China and North Korea were condemned for using forced labor, including Muslim Uighurs detained in camps in China's Xinjiang province. Nineteen countries were listed as having the most dismal records.

"This really brings into focus state-sanctioned human trafficking," said John Cotton Richmond, head of the Office to Monitor and Combat Trafficking in Persons. He called it "a particular challenge, where it's not just a government is failing to protect people from criminal traffickers in the country. The government itself is acting as the trafficker."

The annual report is closely watched by many countries that bristle at being included in the lowest rankings.

While most of the worst offenders have been widely criticized for human rights abuses, some countries that ended up in Tier 2 and that level's "watch list" - only half a step above the lowest ranking - are established democracies.

In putting Ireland on the Tier 2 watch list, the State Department noted that there had been no convictions for human trafficking since a trafficking law was amended in 2013.

The State Department downgraded Japan to Tier 2, a ranking reserved for countries that are making efforts but falling short. The report said that Japan had prosecuted and convicted fewer traffickers than in previous years and that some traffickers had received only fines.

In his written introduction to the report, Pompeo said the novel coronavirus pandemic is probably contributing to more human trafficking.

"We know that human traffickers prey upon the most vulnerable and look for opportunities to exploit them," he said. "Instability and lack of access to critical services caused by the pandemic mean that the number of people vulnerable to exploitation by traffickers is rapidly growing."

Richmond said no statistics are available yet but described anecdotal reports from the field as "very concerning." For example, he said, stay-at-home orders mean some victims have had to quarantine with their traffickers.

"The bottom line is that traffickers have not shut down," he said. "Traffickers are continuing to exploit people. And as vulnerable people become more vulnerable due to covid, it's making it easier and easier for traffickers to operate."