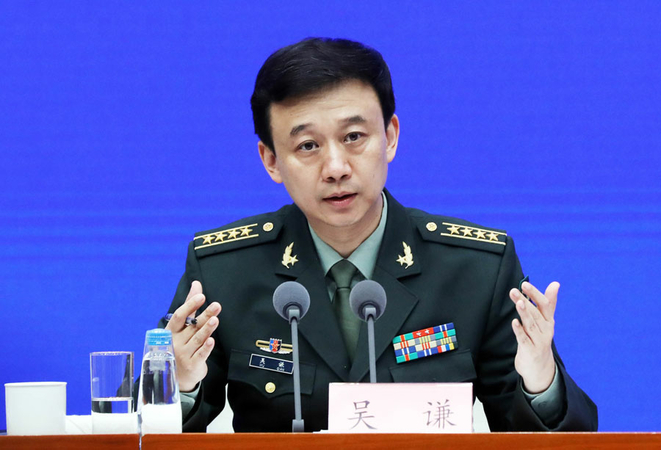 India was completely responsible for this month's clash on the Sino-Indian border and China always wishes to safeguard the peace and stability of border regions, Defense Ministry spokesman Senior Colonel Wu Qian said on Wednesday.

Wu told a regular ministry news conference in Beijing that the June 15 clash happened because India's front-line border force violated accords and consensuses reached by both sides and made provocations by trespassing into territory on the Chinese side of the Line of Actual Control in the Galwan Valley.

When Chinese troops were trying to negotiate about the matter, they were suddenly attacked by Indian officers and soldiers. That led to fierce physical conflicts between the two sides in which the Chinese troops used defensive measures and fought back to protect national sovereignty and territorial integrity, Wu said.

The entire incident was caused by India's betrayal of consensuses and unilateral provocations and took place on the Chinese side of the line.

China demands India punish those responsible for the matter, strictly control its front-line forces, and make sure such incidents will not happen again, Wu said.

After the clash, China and India communicated and negotiated through military and diplomatic channels, he said. Officers from both sides exchanged views on easing tensions and maintaining the border area's peace and stability during a second round of talks between high-ranking officers at the level of group army commander on Monday.

He said the two sides were also discussing the holding of a teleconference between their defense ministers.

As peace and stability in border areas are in the interests of both sides, China hopes India will work with it to fulfill the consensuses reached by national leaders from both countries, honor agreements and accords between the two sides, address related issues via talks and negotiations, and strive to ease border tensions, Wu said.

At another news conference on Wednesday afternoon, Foreign Ministry spokesman Zhao Lijian said China hopes India will strictly follow and carry out bilateral agreements and take concrete steps to restore peace and stability on the border.