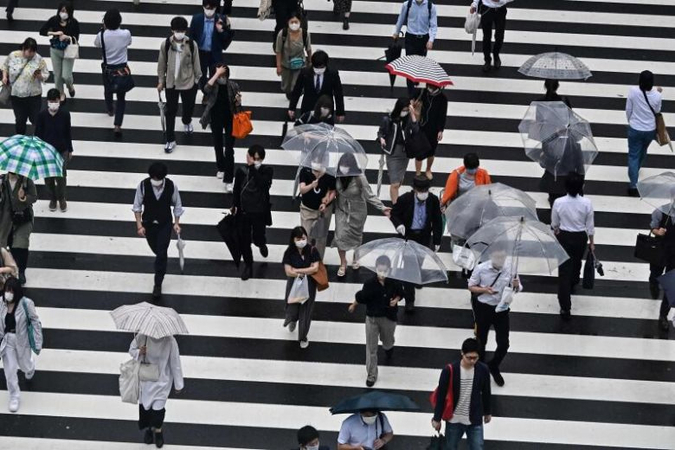 By Walter Sim
The Straits Times/ANN

TOKYO - Tokyo recorded 48 new Covid-19 cases on Thursday, exactly one month after Japan lifted a national state of emergency decree and one week since the full easing of domestic travel restrictions and business closure requests.

Forty per cent of these new cases have unknown routes of transmission, while a majority are in their 20s and 30s and either work or have visited nightlife establishments.

This brings the two-day total of new cases in the bustling Japanese capital of 14 million people to 103, the highest number seen in the last 1½ months.

Among the new areas of transmission were an office cluster, with 16 people in the same workplace becoming infected, and the vibrant nightlife district of Shinjuku.

Mr Tomochika Uyama, director-general of the Office for Covid-19 Preparedness and Response, said this was not unexpected.

Responding to a question by The Straits Times during a news briefing he said: "The virus is still in town and as far as the virus is here, there will always be a risk of cases and infections. This will never diminish for the time being."

He added: "Our life needs to be reopened step by step and this includes domestic travel. So theoretically, of course there is a risk of the virus spreading, but it is more important that people are aware of their behaviour and take necessary steps (to prevent further spread)."

Mr Uyama attributed the rising numbers of cases to more intensive "retrospective tracing methods" to find clusters as well as an increase in testing capacity, leading to more people being screened.

Since the emergency declaration was lifted on May 25, 17 prefectures have not recorded any new infections out of the 1,528 cases recorded since then.

But urban areas have continued to report many new Covid-19 cases, with Tokyo accounting for 748 infections, or nearly half of last month's cases.

Fukuoka, where the industrial city of Kitakyushu was hit with a wave of infections including at schools, recorded 176 cases.

Hokkaido, where the city of Otaru is now grappling with a wave of infections from a karaoke outlet, has recorded 156 cases since the lifting of the emergency.

The Tokyo Metropolitan Government has said it would look at reissuing business closure requests if the situation worsens, though The Straits Times understands that this is not yet on the horizon.

Still, the rising numbers of new infections will likely be a focal issue as Tokyo votes in a gubernatorial election on July 5. The incumbent Governor Yuriko Koike is facing off against 21 other competitors for another four-year term.

Among other protective measures against Covid-19 infection, voters are being urged to bring their own stationery, while municipalities have rolled out online features to alert voters on the congestion status of polling stations.