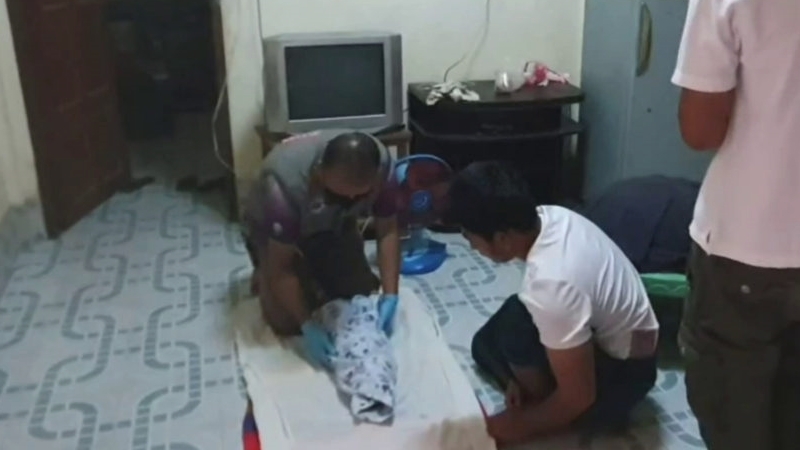 A Burmese worker stranded in Chiang Rai delivered his wife’s baby yesterday due to lack of money for hospital treatment, only to see the newborn die during the birth.

Police sent rescue volunteers and Mae Sai Hospital medics to the scene after being notified of the incident.

Medics found husband and wife, Phu Mong Mong and Mawin Khai, grieving for their dead infant. They explained that because the border was closed, they could not return to Myanmar and had to go to a Thai hospital to give birth.

However, since they had little money and no right to free medical treatment, they chose to deliver the baby by themselves.

Police found nothing suspicious and doctors reported the death as natural. Local authorities are funding the funeral rite.