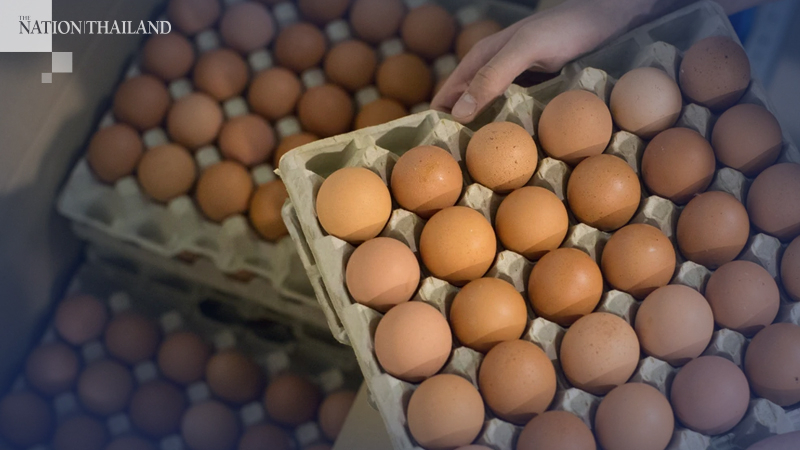 Eggs will cost 20 satang more from next month now that the ban on egg exports has been lifted.

A source at the Layer Chickens Association said that from July 1, the association will set the suggested price for assorted eggs at Bt2.6 each from Bt2.4.

“The price of eggs is being raised due to the lifting of the ban on exports, coupled with the Agriculture and Cooperatives Ministry’s policy to provide a 25 satang subsidy to egg exporters for 200 million eggs over six months in a move to cut down on domestic oversupply,” the source said.

“More egg farmers are now choosing to export their produce, which is pushing up the price locally.”

Meanwhile, the association’s president Manote Chuthapthim has suggested that farmers stick to the original schedule of letting layer hens run free after being caged for 72 to 80 weeks.

“Some farmers may be tempted to keep their hens caged for a longer period now that the price of eggs has risen. But this will only create an oversupply in the future,” he said. “Farmers should follow the original schedule despite the increase in price to avoid oversupply and ensure the sustainability of the sector.”