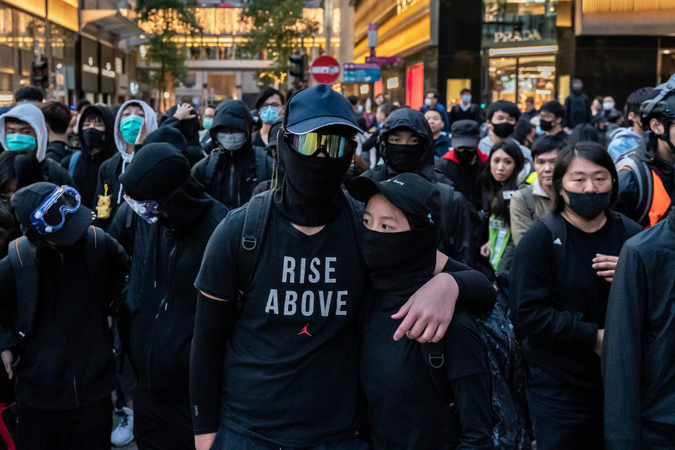 Secretary of State Mike Pompeo announced the visa restrictions in a statement in which he cited Beijing's move last weekend to impose a new security law on the former British territory, setting up the most profound change to the city's independence since it returned to Chinese rule in 1997.

"President [Donald] Trump promised to punish the Chinese Communist Party (CCP) officials who were responsible for eviscerating Hong Kong's freedoms," Pompeo said. "Today, we are taking action to do just that."

No officials were named, nor any numbers given. State Department officials said that would violate the confidentiality of visas.

The visa restrictions against the officials and their relatives came a day after the Senate unanimously passed a bill that would place mandatory sanctions on Chinese officials who chip away at Hong Kong's autonomy and secondary sanctions on the banks and companies that do business with them.

The visa restrictions are expected to be just the first wave of punitive actions the administration will take against China. Tensions between Washington and Beijing have been building for months, fueled in part by China's lack of transparency over the origins of the coronavirus outbreak, first detected in the city of Wuhan. The tension mounted as the two countries expelled each other's journalists and Pompeo assailed China's ruling party as the "central threat of our times."

The mutual animosity started coming to a boil a month ago when Pompeo declared the United States no longer considers Hong Kong autonomous.

As the pace of deterioration in the U.S.-China relationship accelerated, Pompeo flew to Honolulu for a June 17 meeting with China's foreign policy chief, Yang Jiechi. After what sounded like a prickly meeting, Pompeo said that he was looking for China to show in deeds, not words, that it was willing to relent on limiting Hong Kong's freedoms and end other actions the United States considers aggressive. Shortly after the meeting, Beijing moved to impose the new security law.

In his statement Friday, Pompeo focused on China's recent moves in Hong Kong, which was supposed to have a "high degree" of autonomy for 50 years under the agreement struck when Britain relinquished colonial rule.

He also called on China to honor its commitments in the Joint Declaration signed with Britain in 1984, including a promise that human rights would be respected by government officials in Hong Kong.

A State Department spokesman, who would speak only on condition of anonymity, citing department policy, said Trump had promised consequences for China if it prematurely imposed its own rules on Hong Kong's residents.

"Hong Kong has flourished as a bastion of liberty," the spokesman said. "Hong Kong's high degree of autonomy and the full implementation of the Sino-British Joint Declaration, as well as respect for human rights, are of fundamental importance. The United States will continue to review its authorities to respond to these concerns."