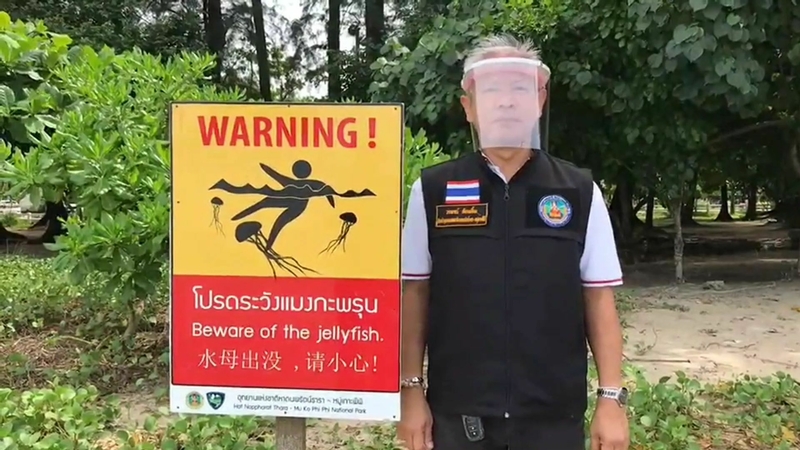 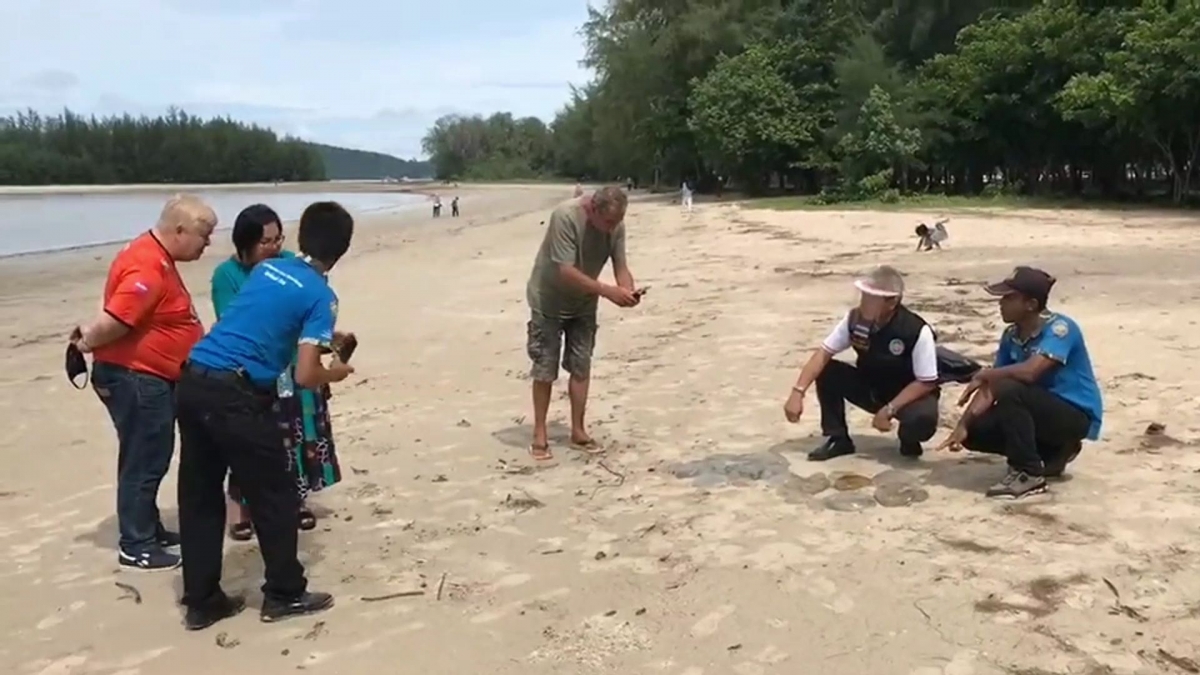 On Friday (June 26) afternoon, the national park staff had to administer first aid to a 14-year girl after she was stung by a jellyfish on both sides of the knee while playing at Noppharat Thara beach.

Initially, staff poured vinegar on her skin where the jellyfish had stung, while asking her not to scratch her wounds until the symptoms began to improve.

National Park head Woraphot Lomlim said that the waves will bring things from under the sea, including jellyfish, to the beach during monsoons every year.

"Among various kinds of jellyfish, there are poisonous ones, such as box jellyfish and fire jellyfish, which are commonly found in both Noppharat Thara and Ao Nang beaches," he said.

"In the past, up to 14 tourists used to get stung by jellyfish per day and most were children who came to swim in the beach."

He said the national park has cautioned tourists and set up a team with first-aid equipment to take care of tourists.

"We advise tourists to bring the injured person out of the water, ask him/her to stay still to prevent the spread of the jellyfish poison, pour vinegar on the stung area for at least 30 seconds, and send him/her to a hospital immediately," he said.

"Most importantly, tourists must stay with the injured person all the time because he/she may lose consciousness. If the injured person is unconscious, they must perform cardiopulmonary resuscitation until the ambulance arrives or his/her symptoms begin to improve."