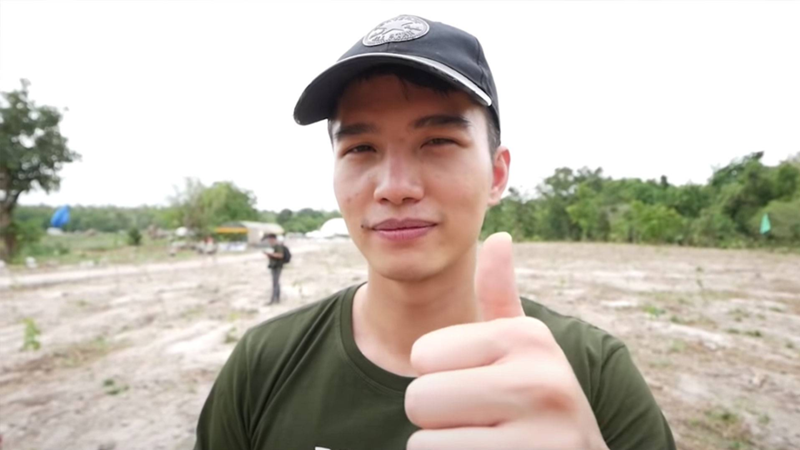 Sean Buranahiran, a famous life coach and social media influencer, could find himself in legal hot waters after a firefighter in Chiang Mai province claimed that they had not received any money from Sean's campaign for donations to help put out wildfires in Chiang Mai on March 30.

The life coach had recently found himself heavily criticised after he praised Deputy Prime Minister Prawit Wongsuwan, who is disliked by many Thais for political reasons.

Netizens then tried to dig up his past and alleged that he had not disclosed the money that he had raised through donations to fight the wildfires near Doi Suthep.

A firefighter then contacted the administrator of the popular Mam Pho Dam web page and said that they had not received any financial aid. After the story was revealed, Sean then revealed that the donations amounted to about Bt800,000.

The web also said that Sean had used the money to buy face masks for hospitals, which was not the stated purpose of the donations, and he had receipts only for 8,000 units while he claimed 30,000 units had been bought.

Srisuwan Janya, the Association to Protect the Thai Constitution’s Secretary-General, posted on his Facebook account explaining that Sean’s donation campaign was open from March 30 to May 1 and he reportedly spent Bt254,516.53 of the total Bt875,741.53 for his public relations.

The association sent a complaint letter to the Department of Provincial Administration to inspect if the donations had violated the law.

Revenue Department director-general Ekniti Nitithanprapas said the statement of donated money had to be revealed for tax exemption.

“The department can inspect the money,” the director said. “If the money was donated, all of it should be given for the donation.”

Pol General Krisana Pattanacharoen, deputy spokesman of the Royal Thai Police, said Sean's action might be a case of fraud and asked all affected people to report to the officers.