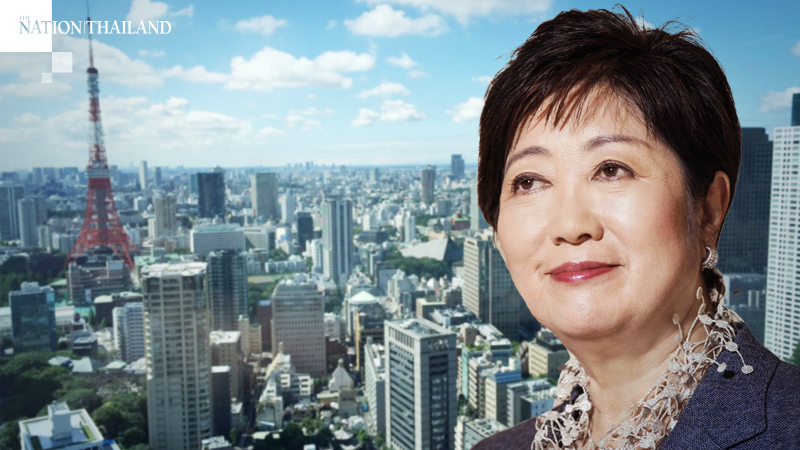 Incumbent Gov. Yuriko Koike is maintaining a stable lead in the Tokyo gubernatorial election to be held on July 5, according to Yomiuri Shimbun analysis based on an opinion survey it conducted and its news gathering activities.

Among a record 22 candidates, 67-year-old Koike has taken a wide lead. However, the survey shows more than 20% of voters have yet to make up their minds.

The major contenders trailing Koike include Kenji Utsunomiya, 73, a former president of the Japan Federation of Bar Associations, followed by Taisuke Ono, a 46-year-old former vice governor of Kumamoto Prefecture, and Taro Yamamoto, 45, who leads minor political party Reiwa Shinsengumi. However, these candidates lack a large amount of support from voters.

With regard to party affiliations, about 70% of those who support the Liberal Democratic Party and about 70% of those who support Komeito, the LDP’s junior coalition partner, would vote for Koike. Among supporters of the Constitutional Democratic Party of Japan, about 40% support Koike, more than 20% are behind Utsunomiya, and more than 10% support Yamamoto.

Among those who support no specific party — these voters often influence election results in urban areas — Koike draws about 50% of support, Utsunomiya about 10% and Yamamoto nearly 10%. Ono is supported by more than 10% of voters in central Tokyo, in wards like Shinjuku and Minato.

Many view issues related to the novel coronavirus as key to the contest. When asked which issues they think important in the election, which will be held amid the pandemic, 82% cited “measures against the novel coronavirus,” followed by “policies on the aging society and welfare” and “economic and employment measures.” These were each cited by 72% of respondents with multiple answers allowed.

On the other hand, only 40% cited “handling of the Olympics and Paralympics,” indicating that interest in the Tokyo Games, which were postponed until next year, has not increased as much as other issues.

The survey was conducted between June 25 and 27 in Tokyo by calling randomly selected numbers. Of 1,309 households in which voters were found to be living, 766 responded. The response rate was 59%.