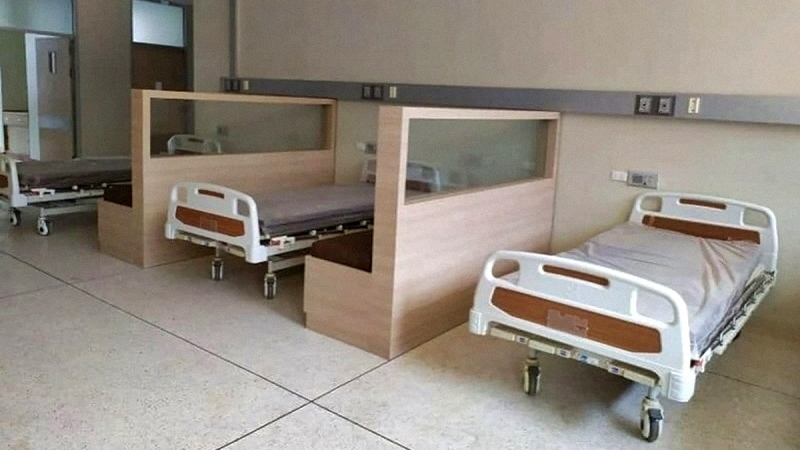 The Public Health Ministry is preparing more than 20,000 hospital beds and 1.3 million doses of medicine to deal with the second wave of Covid-19 infections that may hit the country once the state of emergency has been lifted.

Dr Sukhum Kanchanaphimai, the ministry’s permanent secretary, said that as of Monday (June 29) there were only 58 Covid-19 patients undergoing treatment in hospital, and they were in a stable condition as they did not need respirators.

He added that the new Covid-19 cases during the fourth phase of easing restrictions had come from overseas and that 232 people were currently under quarantine. Sukhum also said that though there are no new cases that have originated in the country, the fifth round of lifting restrictions may pose the risk of a second wave, so the ministry has to be prepared.

The ministry has made 571 ICU beds, 11,206 beds for serious cases and 10,349 beds for normal cases available across the country. Sukhum said these should be enough to accommodate up to 500 patients a day.

Meanwhile, 1.12 million N95 face masks, 511,000 protection suits and 11,000 respirators have been set aside for emergencies, while some 300,000 favipiravir pills and other medicines have also been stockpiled.

Separately, researchers are continuing to work on developing a Covid-19 vaccine, with 20 prototypes currently being tested on six species of animals, including rats and monkeys. Human testing is expected to begin between July and October, and if they prove to be successful, up to 30 million doses are expected to be produced. Each dose will likely cost between Bt600 and Bt900.

Thailand is collaborating seven organisations from three other countries that have already conducted human trials to cut down on the time it takes to launch a vaccine.