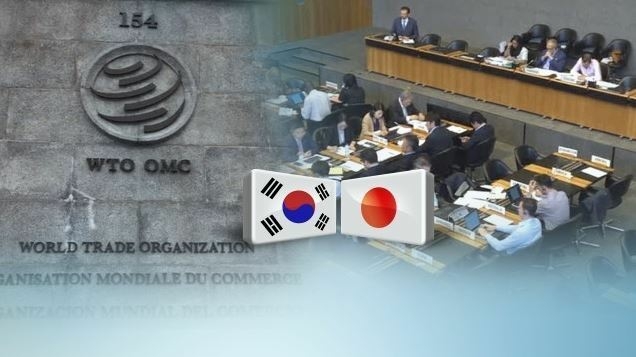 Experts said Monday the current trade restrictions imposed by Japan on South Korea should be alleviated as strengthened cooperation in material, parts and equipment will lead to greater economic value.

Speaking at a seminar hosted by the Federation of Korean Industries, they noted that closer cooperation between both countries could generate added value worth $123 billion.

“In a paradoxical sense, close cooperation with Japan is not an option but a necessity for Korea’s material, parts and equipment industries to secure a global competitive edge,” said Lee Hong-bae, professor at Dong-Eui University and chairman of the Northeast Asia Economic Association of Korea.

“The three sectors of the two countries generated about $81.1 billion worth of added value as of 2018 through strong division of labor. When (division is) expanded to the entire manufacturing industries, the value increases to about $123.3 billion.”

He added the collapse of the global value chain between the two countries due to the recent regulations would mean this much loss.

“In response to Japan’s export regulations, Korean firms responded with localization and diversification of foreign suppliers,” said Park Jae-geun, professor of Hanyang University and chairman of the Korean Society of Semiconductor & Display Technology.

“However, the results differed depending on the items. The proportion of hydrogen fluoride imports from Japan declined from 44 percent to 12 percent between January and May on-year. But, imports of fluorinated polyimides and photoresists increased.”

As for photoresists, the shipments rose 18 times through indirect imports from Belgium, Park said.

“It is a pity that there are no signs of normalization of diplomatic relations between the two countries after the Korea-Japan summit in Chengdu, China on Dec. 24 last year, and that the resolution of mutual export regulations through dialogue was canceled.”

“There is the worst-ever diplomatic conflict between Korea and Japan and, as a result, Korean companies are facing difficulties in doing business with Japan,” said Kim Bong-man, head of the FKI’s international cooperation division.

“The FKI will do its best to resolve the pending issues of mutual export regulations between Korea and Japan and lift the ban on Korean businessmen from entering Japan.”