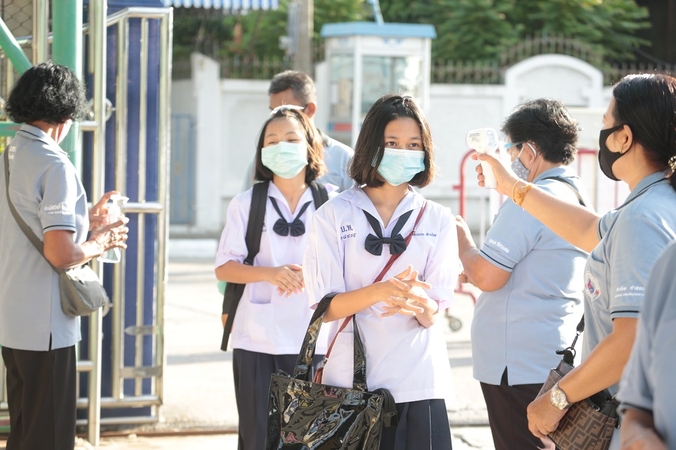 The University of the Thai Chamber of Commerce’s Centre for Economic and Business Forecasting estimates parents will spend Bt40 billion to Bt50 billion during the start of semester 2020, a decrease of Bt5 billion to Bt10 billion compared to the last semester due to the Covid-19 situation, centre director Thanawat Pholwichai said.

“The impact of the outbreak has caused parents to be more cautious about their spending, as many have no jobs now or have seen their salaries cut,” he said. “Our survey also revealed that this month [June] fewer people pawned their valuables such as gold, watches, electrical appliances and antiques, compared to the same period last year, mainly because they have already pawned or sold these items since early this year when the crisis began to take effect,” he added.

“The same goes for personal loan applications via credit cards, which are not as high as last year’s, as many have already maxed out their limit,” Thanawat said.

He said other factors that contribute to the decreasing educational expenses are the government’s order to postpone the pre-school semester by another year for the safety of children, and that many tuition schools are still closed due to the economic impact and lack of readiness to maintain social distancing.

“Most importantly, many schools have decided to reduce or even scrap their commission fee, which is normally collected from parents when their children enter new schools,” he pointed out.

“Many parents are worried about their expenses, debts and economic uncertainty after the outbreak,” he said. “We estimate that each household would try to reduce their expenses by 10-20 per cent, which is in line with the declining consumer confidence index.”

Last year, the centre said expenses of parents during the start of the semester amounted to Bt57.97 billion, while they spent on average Bt3,933 in off-campus tuition fees per child at the preschool level, Bt8,455 for the primary school level, Bt13,358 for secondary school, Bt11,566 for high school and Bt23,458 for college level.

The survey also revealed that parents decided to give their kids extra tuition to improve their GPA and their chance of getting into a good school at the next level.