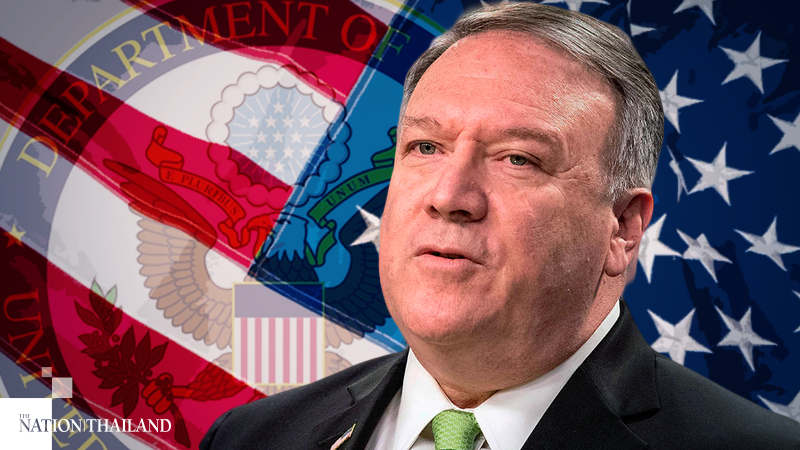 WASHINGTON - Secretary of State Mike Pompeo urged the United Nations Security Council on Tuesday to extend an arms embargo against Iran due to expire in four months, but he faced resistance from China, Russia and even European allies that share his concerns about Iran's missile and nuclear activities.

In a virtual meeting of the Security Council, Pompeo labeled Iran "the world's most heinous terrorist regime" and warned it would develop and export weapons that would threaten the Middle East and European capitals.

"Iran will hold a sword of Damocles over the economic stability of the Middle East, endangering nations like Russia and China that rely on stable energy prices," Pompeo told the members via videoconference due to the coronavirus pandemic.

He said lifting the ban on the trade of conventional weapons would turn Iran into a "rogue weapons dealer," supplying advanced weapons to groups like Hamas and Hezbollah and fueling conflicts in Venezuela, Syria and Afghanistan.

The meeting was called to discuss a U.N. report on the embargo, which is due to expire as part of the 2015 nuclear deal with Iran. The United States was instrumental in negotiating the agreement, but President Donald Trump withdrew from it in 2018 and began reimposing U.S. sanctions that had been lifted as part of the deal. Using a legal loophole, the Trump administration is threatening to "snap back" U.N. sanctions if the embargo is not extended, even though the United States is no longer a party to the agreement.

But the debate quickly became a proxy for the value of the nuclear deal itself and the U.S. strategy of applying a "maximum pressure" campaign on Iran through sanctions designed to persuade Iran to renegotiate.

"The task is to achieve regime change or create a situation where Iran literally wouldn't be able to breathe. This is like putting a knee to one's neck," Nebenzia said, referring to the killing of George Floyd in Minneapolis when a police officer knelt on his neck for more than eight minutes.

Russia and China, which as permanent Security Council members have veto powers, oppose the U.S. maneuver.

"Having quit the JCPOA, the U.S. is no longer a participant and has no right to trigger a snapback at the Security Council," said China's U.N. Ambassador Zhang Jun, using the acronym for the nuclear deal's official name, the Joint Comprehensive Plan of Action.

Pompeo said the United States has an "overwhelming preference" to work with the Security Council to extend the Iran arms embargo.

But nearly every ambassador expressed "regret" over the U.S. decision to abandon the nuclear deal and urged the United States to use restraint in its actions and rhetoric, as they urged Iran to return to compliance with its commitments under the agreement.

Even European allies of the United States that support extending the embargo said they would not go along with levying new sanctions on Iran.

Unilateral proposals leading to the return of sanctions "would only deepen divisions in the Security Council and beyond and would not be likely to improve the situation on the ground of nuclear nonproliferation," said France's U.N. Ambassador Nicolas de la Rivière.

Pompeo was no longer listening to the debate when Iranian Foreign Minister Mohammad Javad Zarif appeared at the end. Zarif pointedly started and ended his remarks by quoting Mohammad Mossadegh, the elected Iranian prime minister who was overthrown in a 1953 CIA coup.

Zarif said the expiration of the arms embargo was an integral part of the 2015 nuclear deal and demanded the United States compensate Iran for the damage its sanctions have inflicted on the economy.

"The international community in general - and the U.N. Security Council in particular - are facing an important decision," he said. "Do we maintain respect for the rule of law, or do we return to the law of the jungle by surrendering to the whims of an outlaw bully?"