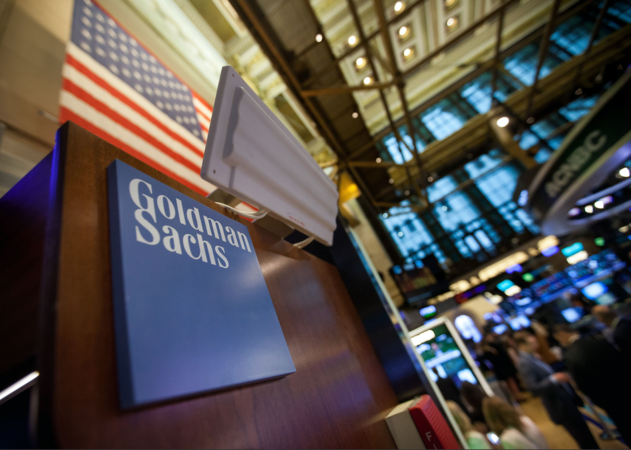 After a late-spring lull, daily coronavirus cases in the United States again have hit record highs, driven by resurgent outbreaks in states such as Arizona, California and Florida. Hospitals in Houston are already on the brink of being overwhelmed, and public health experts worry that the pandemic's death count will soon be climbing in tandem with the daily case load.

The dire situation has raised the specter of another round of state-level stay-at-home orders to halt the pandemic's spread and caused a number of governors to pause or reverse reopening plans. Against this background, a team of economists at investment bank Goldman Sachs has published an analysis suggesting more painful shutdowns could be averted if the United States implements a nationwide mask mandate.

"A face mask mandate could potentially substitute for lockdowns that would otherwise subtract nearly 5% from GDP," the team, led by the investment bank's chief economist Jan Hatzius, writes.

It's worth noting that the authors of the report are economists and not public health experts. Their primary motivation is to protect the economic interests of Goldman Sachs' investors, which is why they're interested in the effects of federal policy on gross domestic product. But their findings are in line with a number of other published studies on the efficacy of masks.

The Goldman Sachs report notes that the United States is a global outlier with respect to mask use, which is widespread in Asia and mandated in many European countries. Although the Centers for Disease Control and Prevention "recommends" the use of masks in public and 20 states plus the District of Columbia have implemented their own mandates, there is no binding national policy, with wide regional variations in mask use around the country.

Using state-level survey data, the authors demonstrated that such mandates increased usage in their respective states: "We estimate that statewide mask mandates gradually raise the percentage of people who 'always' or 'frequently' wear masks by around 25 [percentage points] in the 30+ days after signing."

They then run a number of analyses at the county and country levels showing that higher rates of mask use are associated with lower rates of infection. U.S. county-level data suggest, for instance, that a statewide mask mandate cuts the growth rate of new coronavirus infections by 25%.

Applying those figures to the entire United States, the authors estimate that such a mandate could dramatically slow the daily growth rate of new infections from roughly 1.6% to roughly 0.6%. To get an equivalent effect from an economic shutdown you'd have to subtract 5% from GDP.

Kate Grabowski, a Johns Hopkins University epidemiologist who was not involved with the Goldman Sachs study, says it is difficult to tease out the specific effect of mask mandates relative to all the other policy changes states and countries implemented to deal with the pandemic. But she says the research she and her colleagues have reviewed make it clear that masks are "an important component" of the response to the pandemic.

"We need combination prevention," she said in an interview with The Washington Post. "We need to take everything we have and throw the kitchen sink at it."

At the federal level, Grabowski said she'd like to see an effort to secure protective gear for front-line workers and the general public, and "a mass public health messaging campaign to increase awareness" of best practices.

"I want to commend Mike Pence for coming out and saying folks should wear masks," she added. "I would love to see President Trump do the same thing."

The vice president urged Americans to wear masks during an event Sunday in Dallas. Trump has not worn a mask in public and has been known to criticize those who do.

Other teams of public health researchers have reached similar conclusions about the efficacy of masks. A recent study peer-reviewed in the journal Health Affairs found that state-level face mask mandates caused steep drops in the daily infection rate and likely averted hundreds of thousands of additional covid cases by June. A Lancet review of 172 studies also concluded that masks were beneficial in slowing the spread of the virus.

Many public health experts stress that there's no silver bullet for combating the virus. Most recommend adopting a range of measures, from mask use to physical distancing to the shutdown of certain high-risk activities, to slow the virus' spread and save lives.

Grabowski stressed that the virus won't be going away soon.

"We're at the beginning" of the pandemic, she said. "It's going to be really hard. I worry that people don't fully understand that this is going to be with us a very long time."