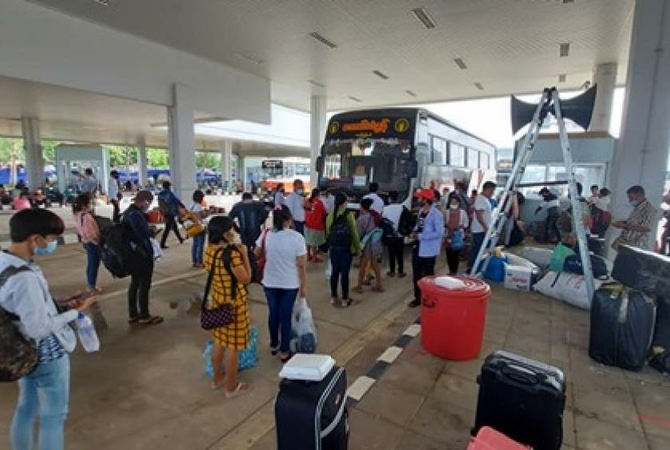 Although lockdowns in Thai provinces have been eased, Myanmar migrant workers are still returning home as their factories could not operate regularly, and 366 workers returned on June 28 alone.

Some returnees said their difficulties caused by intermittent jobs in Thailand were compounded by higher hostel rents even in the Covid-19 emergency period. So, they had no chance but to return, they added.

“In the Covid-19 period, factories cannot give jobs. Some had to close down while some can operate two or three days a week. For those whose factories shut down, they face much difficulty with hostel rents and other bills. We could not continue to stay at all. The factory I worked at operates only three days. Salary was poor but hostel rent was high. My visa has also been invalid. Thinking that I would be in trouble if I continued to stay, I decided to return home,” said Aung Thu Naing from Bago Region, who arrived at Myawady BCF Zone on June 28.

Some workers returned home as their parents were concerned about them due to the Covid-19 outbreak.

The returnees were received by Myawady District Covid-19 Prevention and Control Response Committee and sent to quarantine centers in respective regions.