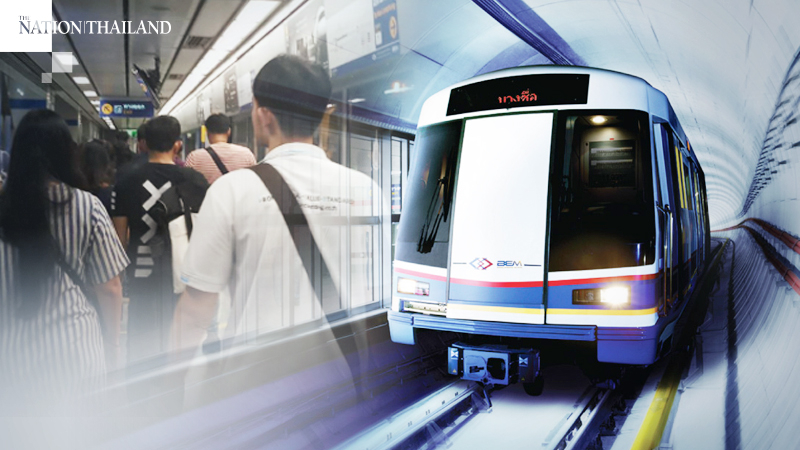 In a bid to ease people’s burden, the Bangkok Expressway and Metro Public Co Ltd (BEM) will keep fares on the MRT Blue Line unchanged until December 31, waive tollway fees on public holidays and continue giving away cloth masks.

Sombat Kitjalaksana, BEM president, said people have been affected by the Covid-19 outbreak, and the company is trying to help by keeping fares on the MRT Blue Line unchanged at Bt16 to Bt42. The fares were originally set to be increased on July 2, as the concession contract allows MRT fares to be adjusted every two years. However, BEM has decided to on change the fares to Bt17 to Bt42 from January 1, 2021.

Meanwhile, BEM will waive tollway fees at Chalerm Mahanakorn, Si Rat and Udon Ratthaya expressways on every public holiday. This month, these expressways can be used for free on July 5 and 6 (Asalha Bucha day) and on July 28 (King’s birthday).

BEM is also reducing the fees collected at the Narong 1 Toll Plaza from Chalong Rat expressway to Bangna-Trat to Bt25 from Bt50 for four wheelers, from Bt75 to Bt50 for six to 10 wheelers and from Bt110 to Bt85 for vehicles with more than 10 wheels. These rates will be effective from July 1 to June 30, 2021.

The number of expressway users is fast returning to normal, with as many as 1.2 million vehicles using the tollway daily. Also, 60 per cent of commuters or 250,000 trips have returned to the MRT Blue Line. It is expected that more people will start commuting now that the government has launched the fifth phase of easing restrictions as of Wednesday.