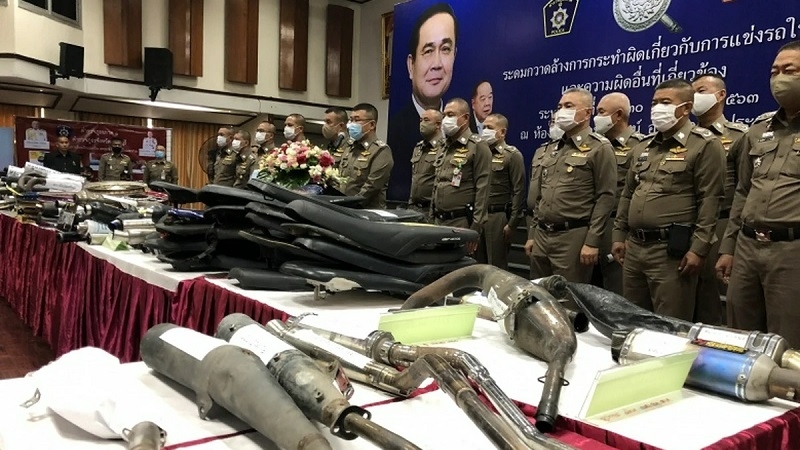 A reward of Bt50,000 is being offered in exchange for reports on motorbike racers in a bid to rid the city of this nuisance.

Also, in a bid to tackle the problem at its root, police have also arrested 3,088 owners of garages that modify motorbikes and 98 social-media influencers.

Those wishing to report motorbike racers can record a video and send it to the Royal Thai Police’s social-media page or call the 191 and 1599 hotlines.