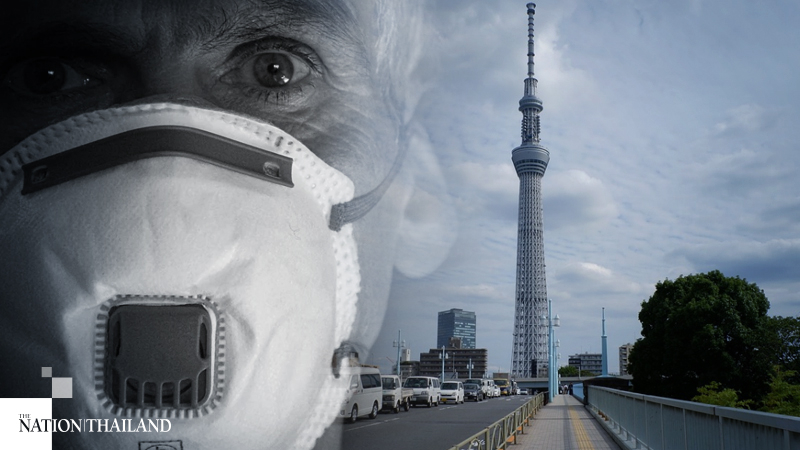 Tokyo found 107 new coronavirus cases on Thursday, the most since early May, as infections continued to increase as the capital reopens its economy.

The figure is the highest since May 2, when the city was still in the midst of its state of emergency. The capital has reported more than 50 cases every day for the past week.

"We are at the stage where we must urge caution over the infection," Tokyo Governor Yuriko Koike said at a meeting of the local government's virus task force. She said the city was monitoring the situation using criteria to monitor both the number and type of infections, as well as the state of the medical system.

After lifting a state of emergency to contain the pandemic in late May and ending all restrictions on businesses and travel in June, new infections in the city have begun to climb as people return to workplaces and social gatherings. Authorities have so far remained relatively calm about the situation, with the cases predominantly impacting younger people in their 20s and 30s who are less likely to require hospitalization.

Having tackled the initial surge in cases despite an inability to force a mandatory lockdown, Japan's response to the virus has been closely watched. With the economy in recession, authorities are eager to reopen businesses as much as possible and have stressed there are no plans to reiterate calls for restrictions on business openings and people's movement.

Many of the recent cases have been attributed to Japan's nighttime entertainment district, with around 40% of infections in the past week coming from host clubs and other such venues. With close contact between clients and staff and little ventilation, such establishments are ideal venues for the virus to spread.

"I am calling on Tokyo residents to refrain from going to nighttime entertainment districts," Koike said. "I want people to protect themselves, avoid getting infected and avoid infecting others." However, she did not make any requests for businesses to close their doors, instead calling on owners to ensure they are meeting guidelines designed to prevent the spread of infection.

Koike is running for a second term as Tokyo governor in a vote that is set to take place Sunday.

The city has been conducting mass testing of host clubs in the nighttime entertainment areas of Shinjuku. Experts at the Tokyo task force said the mass testing was among the primary reasons for the rise in cases, but cautioned that the number of infections whose path could not be confirmed was also increasing.

A new cluster of infections was identified in the entertainment district in Ikebukuro, where more cases were found on Wednesday than in Shinjuku, including 11 from one host club alone, according to local media.

Chief Cabinet Secretary Yoshihide Suga said that while the cases were increasing, hospitalizations were decreasing with many of the cases impacting young people, and that the national government was monitoring both the status of the outbreak and the need to resume the economy.

"We're not currently in a situation where we need to immediately declare a state of emergency again," Suga told reporters in Tokyo on Thursday. "It is possible that in a worst-case scenario another state of emergency might be issued, but in that case we would make an overall decision based on the number of infections, the pace of increase, the number from unknown sources and the status of the medical system."

Authorities have stressed that the medical system in Tokyo is under no strain. The city has 280 hospitalizations due to the coronavirus as of Wednesday, with just 10 of them listed as serious cases in ICUs or on ventilators.

Koike said earlier this week that the government wouldn't reimpose restrictions on businesses based just on numerical guidelines. Instead, a group of experts will meet to evaluate conditions, looking at multiple factors to determine if the situation is worsening, before making such a request, she said.