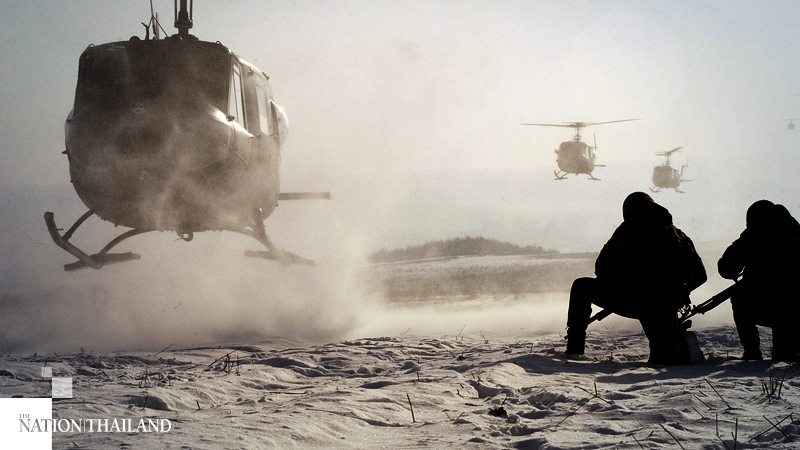 BERLIN - One sergeant major suspected of far-right ties had a cache of weapons in a bunker at his home. Other officers were reported to have used the Hitler salute, listened to neo-Nazi music and played a game that involved tossing a pig's head.

Meanwhile, no one knows what has happened to about 135 pounds of explosives and 48,000 rounds of ammunition that are missing.

Defense Minister Annegret Kramp-Karrenbauer this week tried to draw a line under the scandals surrounding the extreme-right ties of Germany's elite Special Forces Command, known as the KSK, disbanding one of its combat units and announcing a restructuring.

Kramp-Karrenbauer talked of a "toxic leadership culture" and a "wall of silence" among its members.

But experts say the problem runs deep, with wider efforts needed to tackle broader problems of racism and far-right activity in the German military. About 600 German soldiers are being investigated over allegations of extremist ties, according to Christof Gramm, head of the military intelligence service.

"There is an urgent need for action," said Eva Högl, the German parliament's commissioner for defense. "It has been trivialized. It wasn't taken seriously enough."

The KSK was formed in 1996 with a focus on counterterrorism, its commandos serving in the Balkans and Afghanistan. Its operations are secret, but international missions have been paused while the restructure takes place.

A total of 20 KSK commandos are under investigation over suspected far-right ties, according to Gramm, a number that authorities deemed particularly concerning given that the elite force has just 1,400 soldiers. An independent commission was launched in May to look into ways to overhaul the KSK.

That month, a search of the house of an officer in the eastern state of Saxony under investigation over alleged extremist ties unearthed ammunition, explosives, weapons and "anti-constitutional material." The discovery added a "new dimension" to the suspicions surrounding the now-disbanded KSK company, Kramp-Karrenbauer said.

Members of the officer's unit were being investigated following a KSK party in 2017 where Nazi salutes are alleged to have been used, according to German media outlets.

Kramp-Karrenbauer said it remains unclear whether the explosives and ammunition that have been discovered to be missing from KSK stores have been stolen or are unaccounted for because of poor bookkeeping.

Authorities have expressed concerns that extremist groups in the country appear to be increasing their preparedness for violence.

The defense minister described the restructuring as a chance for a "reset" of the elite commando force. Germany needs the KSK, Kramp-Karrenbauer said, but she would be going through it with an "iron broom."

Högl said the issues within the KSK are a reflection of the problem of right-wing extremism in the wider population.

Since World War II, Germany has grappled to rid itself of far-right extremists, with neo-Nazi ideology gaining ground in the uncertainty of the 1990s following the fall of the Iron Curtain and Germany's reunification.

Over the past five years, there has been a resurgence as far-right groups have capitalized on Chancellor Angela Merkel's decision to allow in more than a million largely Middle Eastern refugees. Attacks linked to the far right have climbed, as has support for the right-wing Alternative for Germany party, or AfD.

Last month, German intelligence said it was putting a branch of the AfD under surveillance over suspected ties to far-right groups.

"There is a basic problem with right-wing extremism in the entire society, and it has become especially apparent in the KSK," Högl said. But she pointed to wider cases within the German military.

In 2017, a German soldier was arrested on suspicion of planning a "false flag" attack with the intention of blaming it on refugees. The same year, memorabilia linked to Hitler's army, the Wehrmacht, was found on display in army barracks.

Brig. Gen. Markus Kreitmayr will remain head of the KSK, having "openly and clearly" addressed the issues, the Defense Ministry said.

In a letter to his forces in May, Kreitmayr called on those who sympathize with the far right to leave.

"You are not one of us!" he wrote. Those who do not leave "will find that we will find you and remove you!"