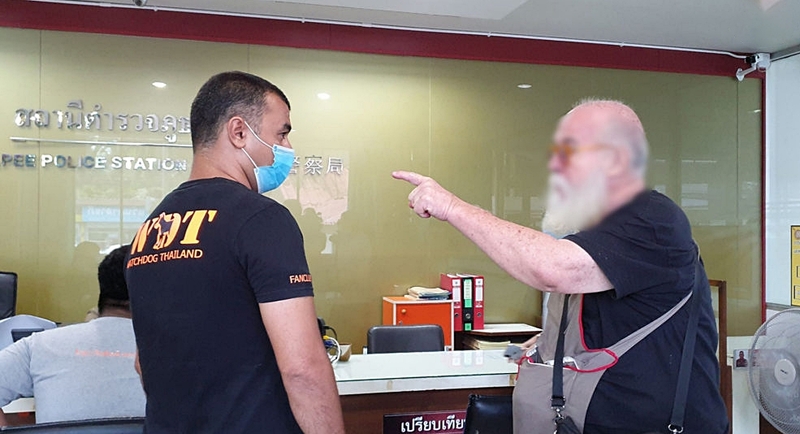 An animal rights group has accused an American dog breeder in Chiang Mai of torturing more than 60 dogs he kept in cages.

Staffs from Watchdog Thailand visited Chiang Mai’s Saraphi station on Wednesday and Thursday (July 1 and 2) with evidence and a complaint following their inspection of the illegal dog-selling operation.

Watchdog Thailand’s Waraya Bumrungpong said that her staff visited the American’s house on Monday after he asked them for help taking care of one of his dogs. They arrived to discover dozens of sick and hungry dogs kept in cages, she said.

Watchdog Thailand staff told police on Thursday that the dealer had no breeding licence and had bred his puppies from sick dogs to sell abroad at $3,000 (Bt93,300) apiece.

However, the Covid-19 crisis meant the American could no longer trade, meaning his collection of dogs had grown.

The accused dog dealer has launched a counter-complaint with police, accusing Watchdog Thailand of stealing his assets (the dogs) and claiming he asked the foundation to visit his house since he was sick and could not take care of the dogs by himself. He denied running a “dog farm” and said the animals had been caged to prevent them biting each other.

Police are investigating the case.