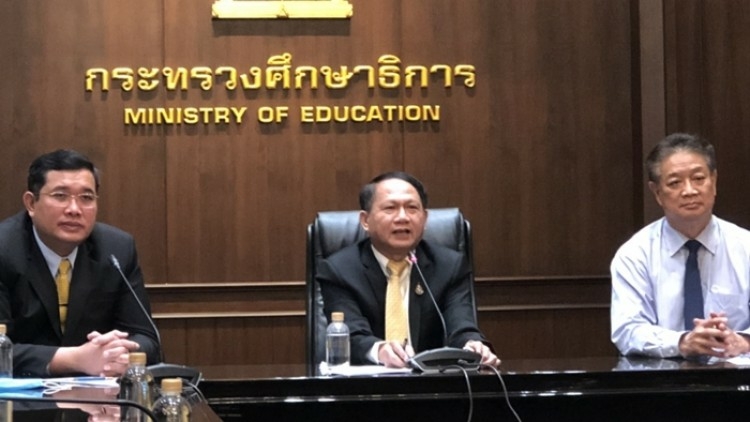 All 961 employees of the Office of Welfare Promotion Commission for Teachers and Educational Personnel (OTEP)’s Suksapan shops will be given a severance pay of Bt100,000 in addition to the compensation required by law, Education Ministry’s permanent secretary Prasert Boonreuang said on Friday (July 3).

The employees are losing their jobs due to a restructuring programme.

“To be eligible for the severance pay, candidates must sign their termination contract soon so the money can be paid along with July’s salary,” he said. “Those terminated will also receive compensation as stipulated by law, that is those who have worked for more than 20 years will get 400 days’ wages, while those who have been here less than 20 years will get 300 days. They will also be able to cash in their pension packages as per the ministry’s standards.”

OTEP estimates it will spend approximately Bt1.285 billion on compensation.

“The Suksapan organisation has accumulated losses of more than Bt6.7 billion in the past 18 years, which is why restructuring is necessary,” Prasert added. “The main business of the shops is to print and sell textbooks for local schools. Last year it printed 35 million books, but still couldn’t make enough to cover the employees’ salaries, which adds up to about Bt40 million per month.”

Suksapan had been monopolising the business of printing and selling textbooks until the 1999 National Education Act began allowing private publishing houses with better technology to print and sell textbooks as well.