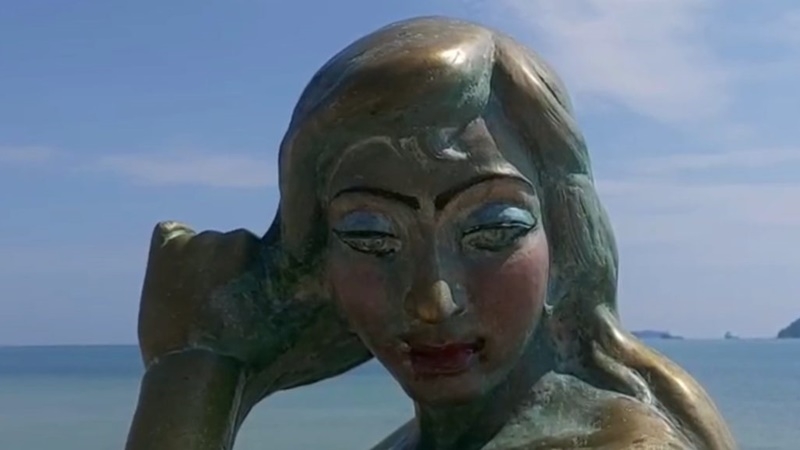 Songkhla’s Golden Mermaid, who watches over the sea from Samila Beach, was recently found sporting bridal makeup, much to the chagrin of local residents.

The bronze statue, which was built in 1966, is believed to depict a character in one of the tales written by Thailand’s literary master Sunthorn Phu.

After receiving a complaint, police came and wiped off the thickly lined eyebrows, blue eyeshadow, dark eyeliner, pink cheeks and red lips. Initial results of the investigation showed that a woman suffering from mental illness, who often visited the beach, may have been the one to paint the mermaid’s face.

Officials have been looking for ways of protecting the statue after she lost her tail to a bomb in December 2018.