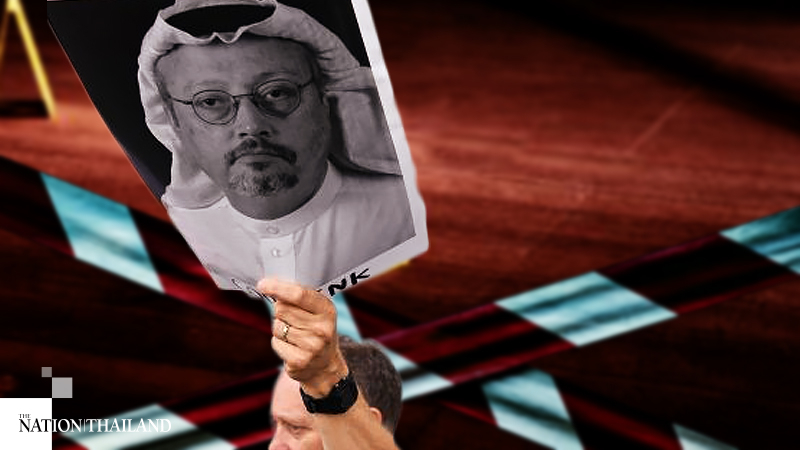 A court in Turkey opened a trial Friday in the killing of journalist Jamal Khashoggi, though none of the 20 defendants charged in the murder, all nationals of Saudi Arabia, were in attendance.

The trial is the first public legal inquiry into Khashoggi's death, which sparked global outrage and focused attention on Saudi Crown Prince Mohammed bin Salman's ruthless pursuit of his critics. A separate Saudi trial was held behind closed doors. Saudi officials have refused Turkey's request to extradite the suspects.

Khashoggi was killed in the Saudi Consulate in Istanbul in October 2018, by a team of Saudi government agents who were sent to Turkey from Riyadh, the Saudi capital, to confront the journalist. At the time of his death, Khashoggi, who contributed columns to The Washington Post, was a prominent critic of Mohammed, the kingdom's day-to-day ruler.

Khashoggi went to the consulate to collect documents that would allow him to remarry, and he was killed while his fiance, Hatice Cengiz, waited for him outside. His body was dismembered, and his remains have not been located.

Turkey's government quickly publicized details of the Saudi plot, opening a rift with the kingdom's leadership. The CIA concluded with "medium to high confidence" that Mohammed had ordered the killing, which the crown prince has denied. Saudi officials have portrayed the slaying as the work of rogue operatives.

In March, Turkish prosecutors indicted 20 people on murder charges, including two senior Saudi officials: Saud al-Qahtani, a close adviser to Mohammed, and Ahmed al-Assiri, a former deputy head of Saudi intelligence. They were charged with having "instigated premeditated murder with monstrous intent."

Witnesses who gave testimony in Istanbul Friday included Turkish citizens who worked at the Saudi consulate or the nearby residence of the Saudi consul general, Mohammed al-Otaibi. A driver, Emrullah Oz, said he and other employees were told not to come to work on Tuesday, Oct. 2, the day Khashoggi was killed. The employees were told that the residence was going to be renovated, Oz, said.