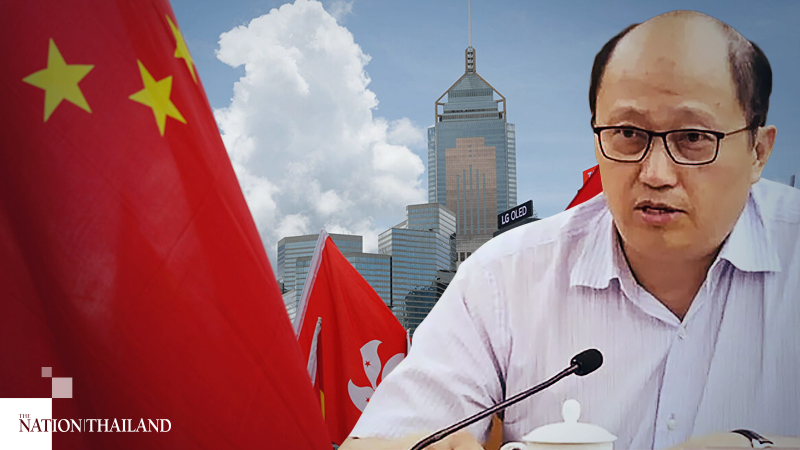 Beijing appointed a veteran in quashing popular unrest to head its contentious new national security agency in Hong Kong, as it moves to enforce draconian restrictions on political freedoms.

The closed-door passage of a new security law this week sent shock waves through the international community, amounting to Beijing breaking its pledge to allow Hong Kong a degree of autonomy until 2047. It was the most brazen of a number of assertive maneuvers by Chinese leadership as much of the world remains preoccupied by the coronavirus pandemic.

There is little in Zheng's background that would appeal to Hong Kong's pro-democracy protesters. He rose through party ranks on the strength of his work suppressing grass roots protests and spent years as an official propagandist.

Beijing's moves in Hong Kong have drawn condemnation from Western nations, with the United States announcing it would sanction Chinese officials responsible for the policies. Several governments have announced plans to accept Hong Kongers as refugees, including the United States, Britain, Australia and Taiwan.

Nathan Law, a prominent Hong Kong democracy activist who addressed a House Foreign Affairs Committee hearing this week, announced Thursday that he had fled the city for an undisclosed location.

The appointment of Zheng just days after the law's passage reflects Beijing's resolve to implement the legislation swiftly despite the backlash.

Zheng notably oversaw the Guangdong village of Wukan during its 2011 uprising. After months of clashes over an illegal land grab, villagers forced local officials and police out of Wukan, leading to police putting the village under siege.

As part of the truce to end the standoff, Wukan was allowed an unusual experiment in democracy, with residents allowed to elect a new committee of village representatives.

Zheng's disdain for foreign media made headlines during the crisis, with a leaked video showing him saying in a meeting: "Foreign media can be trusted when pigs can climb trees."

His appointment to the new Office for Safeguarding National Security suggested that Hong Kong security issues may have been managed from Guangdong in recent years, Sebastian Veg, a Paris-based professor of Chinese modern history at the School for Advanced Studies in Social Sciences, said on Twitter. Hong Kong's mini-constitution stipulates that the city should run its own affairs, apart from defense and foreign relations.

While Hong Kong and Guangdong province share cultural history, including the Cantonese language and historic trading links, their residents have long had testy relations with each other due to diverging politics.

As anti-Beijing protests intensified last year in Hong Kong, Guangdong officials sought to ease tensions by pledging to increase investment in Hong Kong and provide jobs for the city's youth.

Simon Cheng, an employee of the British consulate in Hong Kong, claimed last fall that he was abducted and tortured in Shenzhen for two weeks, as authorities interrogated him on whether the British government had contributed to fomenting the protests in Hong Kong. He announced on Twitter this week that he had been granted asylum in Britain.

Along with Zheng, two deputies were also announced Friday for the new security agency in Hong Kong. One, Li Jiangzhou, was already China's top public security ministry official stationed to Hong Kong. There is little public information available about the second deputy, Sun Qingye, though state-run tabloid Global Times reported Friday that she was an official at the Ministry of State Security, Beijing's main intelligence agency.

Meanwhile, authorities signaled they would wield the new restrictions on speech broadly.

Late Thursday, Hong Kong's government said a protest slogan - "Liberate Hong Kong, revolution of our times" - would be illegal as it promoted Hong Kong independence and therefore constituted subversion, punishable by life imprisonment. The phrase is a mantra of the pro-democracy movement, etched on flags, walls and T-shirts.

On Friday, a 24-year-old motorcyclist became the first to be charged under the new law, after driving into riot police during a protest Wednesday while carrying a black "Liberate Hong Kong" flag. A video of the incident shows the rider falling off before he was surrounded and apprehended. He was charged with incitement to secession and terrorism.

At a news briefing in Geneva on Friday, the U.N. human rights office warned that "vague and overly broad" provisions in the law may lead to arbitrary enforcement and prosecutions.

The Washington Post's Lyric Li in Beijing and Shibani Mahtani in Hong Kong contributed to this report.