President Rodrigo Duterte signed the sweeping antiterrorism law on Friday, ignoring loud and strong opposition from diverse groups and individuals, including former members of a Moro separatist movement who warned that it would violate civil and political rights and the Constitution itself.

“The signing of the aforesaid law demonstrates our serious commitment to stamp out terrorism, which has long plagued the country and has caused unimaginable grief and horror to many of our people,” his spokesperson Harry Roque said.

Roque said Mr. Duterte and his legal team “took time to study this piece of legislation weighing the concerns of different stakeholders.”

He confirmed the Anti-Terrorism Act of 2020 had been signed hours after he said Mr. Duterte would take into consideration the autonomous Bangsamoro government’s stand against the measure.

The law, which will repeal the Human Security Act of 2007, allows the detention of suspected terrorists for up to 24 days without charges. It also criminalizes incitement of terrorism through speeches, proclamations, writings, emblems, banners, or other representations.

It gives an Anti-Terrorism Council composed of Cabinet members the authority to designate individuals or groups as suspected terrorists and order their surveillance and arrest without warrants. Convicted terrorists will be imprisoned for life without parole.

“The stories and experiences of the Bangsamoro people, particularly on their decadeslong struggles for peace, provide evidence that counterterrorism strategies with no or limited regard for human rights cannot win the ideological battle against terrorism, nor can it suppress violent extremism,” the BTA resolution said.

It said an effective counterterrorism law must be “evidence-based and intended to respond to the actual evil sought to be prevented or penalized, with provisions that do not encroach on fundamental freedoms.”

The Bangsamoro leaders noted that the Anti-Terrorism Act contained provisions that were constitutionally questionable and vague, and that the law “lacks adequate measures against abuse and/or human rights violations.”

Bangsamoro interim chief minister Murad Ebrahim warned: “Once again, incidents of violations of human rights will be on the rise and the Bangsamoro people, easily labeled as terrorists, would again be subject to discrimination and abuse.”

Top military and security officials have repeatedly cited the threats from terrorist groups, such as the Abu Sayyaf and those sympathetic to the Islamic State to back the law.

Senate President Vicente Sotto III, the primary author of the bill, said he was “glad the President has sifted through the rubble and saw the importance of the law.” 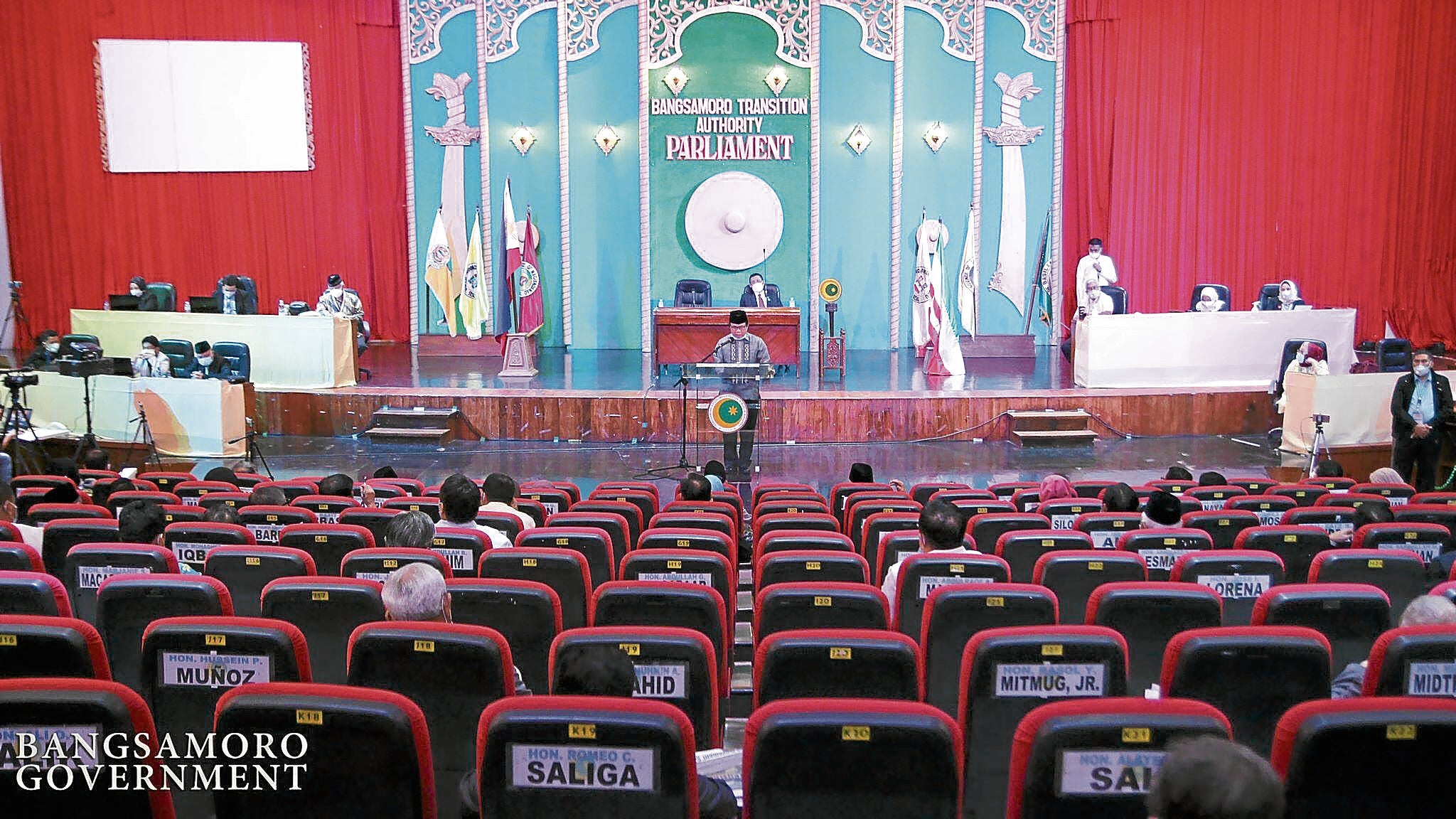 Sen. Panfilo Lacson, the principal sponsor of the measure and its chief defender, gave “much credit” to Mr. Duterte and “his strong political will” in signing the law.

“I cannot imagine this measure being signed under another administration. If only for this, I take my hat off to the President,” he said in a Viber message.

Lacson, a former national police chief, said he would “exert extra effort in guarding against possible abuse in its implementation” despite the safeguards it already contained.

Since the House of Representatives approved the antiterrorism bill in May, lawyers’ groups, human rights advocates and other sectors had been expressing strong opposition to the measure, claiming it can be used to stifle dissent and violate human rights.

Albay Rep. Edcel Lagman, one of the most vocal opponents of the measure, said the safeguards in the “less repressive” Human Security Act “were all obliterated by the Anti-Terrorism Act of 2020 and replaced with motherhood declarations which are orphaned by oppressive provisions.”

“The new law installs national security to a high pedestal while it demotes civil liberties to a lowly footstool,” he said.

“This is indeed a horrific day for the country as another darker era for human rights looms,” the Makabayan leader said.

Sen. Francis Pangilinan, who voted against the measure along with Sen. Risa Hontiveros, said he expected the President’s action.

“From Day 1, this administration unleashed draconian and authoritarian measures as a showcase of its brand of leadership,” Pangilinan said in a statement.

“These draconian measures, however, have been exposed as nothing more than a show of senseless, mindless violence as means to sow fear among the people. From the murderous drug war, to the longest martial law in Mindanao, to the longest lockdown in the world and now to the antiterror law,” he said.

Large business groups, labor unions, academic and religious communities were among more than 250 organizations that had started an online petition calling on the President to veto the antiterrorism bill.

More than 2,400 individuals have also signed the petition to reject the bill at Change.org.

On Thursday night, the Makati Business Club sent reporters a statement by private citizens and organizations, which it supported, appealing to Mr. Duterte to veto the measure.

“We are one with its proponents that we need the proper legal provisions to fight this scourge,” it said.

“However, more thorough discussion is needed to get broad support for a law as important as this, and to strengthen the unity the country needs to fight the bigger health and economic crisis we are all facing,” it added.

“In the prevailing climate of impunity, a law so vague on the definition of ‘terrorism’ can only worsen attacks against human rights defenders,” Bequelin said.

“The approval of this law grants the government excessive and unchecked powers,” he said. “This law’s introduction is the latest example of the country’s ever-worsening human rights record.”

Edre Olalia, president of the National Union of Peoples’ Lawyers, said his group “will not cease to exhaust any and all legitimate steps and platforms to challenge this draconian law.”

“In time, we will look back to this day of infamy and say the unbridled and terrorizing power of the government will always bend and retreat eventually when the people push back hard enough,” he said.