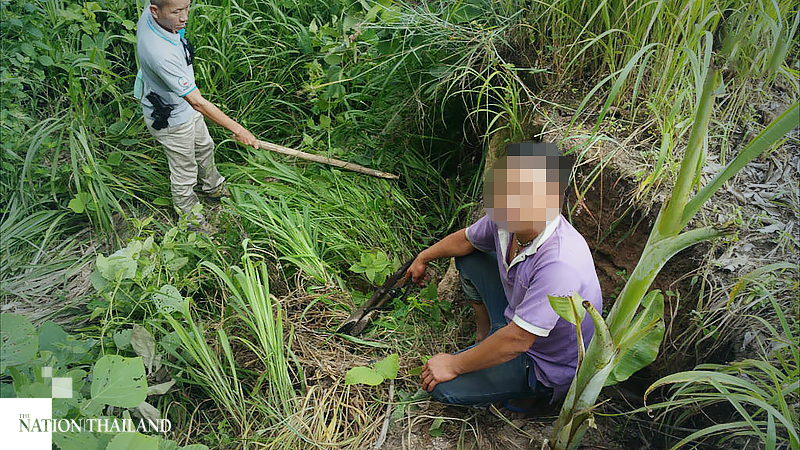 A hunting expedition by friends went fatally wrong when one friend allegedly shot dead another apparently mistaking him to be an animal.

Lamphun police requested the provincial court for police custody of accused Weerachai Rorwongtawan, 29, on Friday (July 3), after he had allegedly shot dead his friend, Phitsunu Tanupetchpan, while hunting with two other friends on Thursday (July 2).

The suspect said that he had invited his friends to go hunting with him for wild animals. He said that he and his friend were in opposite areas. When he saw something moving among bamboo trees, he thought it was an animal and fired his gun.

Weerachai said he was shocked to hear the cries of his friend. He quickly decided to call the police and an ambulance. Phitsunu died later.

Police have confiscated the gun and are questioning Weerachai and the other friends. The men were charged with use of narcotics after urine tests.

However, the dead man’s brother, 35, pointed to inconsistencies in the alleged killer’s account. He said that Weerachai had told him he thought his younger brother was a wild cat and hence he had shot him. But when questioned by police, he had said he thought his friend was a rat and so shot him.

He also said Weerachai did not confess initially that he had shot his brother, and instead told him it was an accident, he added.