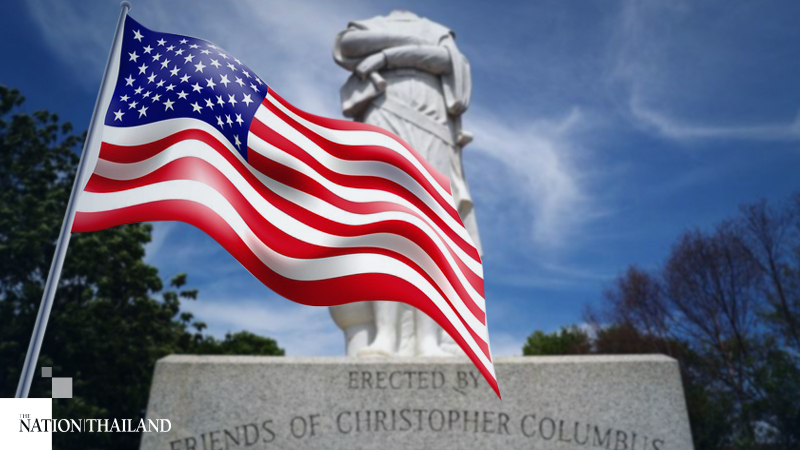 The statue of Christopher Columbus in Baltimore's Inner Harbor has been pulled from its pedestal and thrown into the water, according to video posted on social media.

One video shows the statue being pulled down after a loop has been draped around its chest. Another shows it being rolled off an embankment and into the water, where it causes a big splash.

City police confirmed the Twitter reports: "The Baltimore Police Department is aware of the incident," a spokesman said.

Statues of Columbus have recently become targets of some demonstrators who have protested what they say is racism among some historical figures who have been honored with statues and monuments.

The Columbus statue indicates that it was dedicated Oct. 12, 1984 by then Baltimore mayor William Donald Schaefer.

The incident occurred as the president denounced those who he said were trying to destroy the foundations of American history, He spoke critically of recent incidents of vandalism in speeches Friday night at Mount Rushmore and Saturday night at the White House. In one of the addresses, he said specifically that America's history began with Columbus.