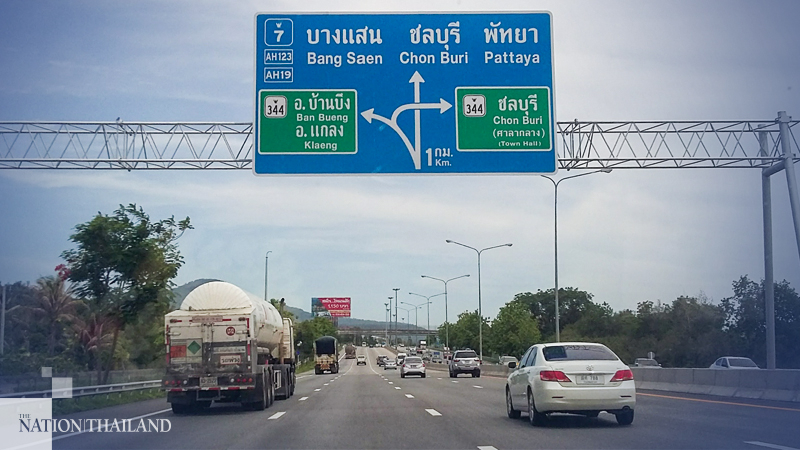 Highways 746 kilometres in length will be completed by 2023 to support the Eastern Economic Corridor (EEC), the Department of Highways (DOH) has said.

Recently, the DOH started expanding Highway No. 315, Phanat Nikhom- Chachoengsao district, Section 1 and Section 2 in the Phanat Nikhom district of Chonburi province from two to four traffic lanes. With a total budget of around Bt630 million, it aims to increase efficiency in transportation of goods in the eastern region to be convenient, fast, and safe, supporting national economic growth and the EEC areas.

Highway No. 315 (Phanat Nikhom-Chachoengsao), was originally a two-lane road with a significant increase in traffic volume since it is a route that can connect the transportation of goods from industrial estates and the transport of agricultural products between Chon Buri and Chachoengsao provinces as well as connecting to Highway No. 7 network (Bangkok-Chonburi-Pattaya)

Aside from the highway development project and expanding the main road with four traffic lanes, DOH plans to invest in the construction of a special highway between the cities to increase the potential of connecting to travel in the EEC area, such as Motorway No. 7 Pattaya-Map Ta Phut, distance of of 32km, at a cost of Bt20 billion. It is now open for service and scheduled to officially open in September.

Also, there are five projects under study, with a total budget of more than Bt116 billion: