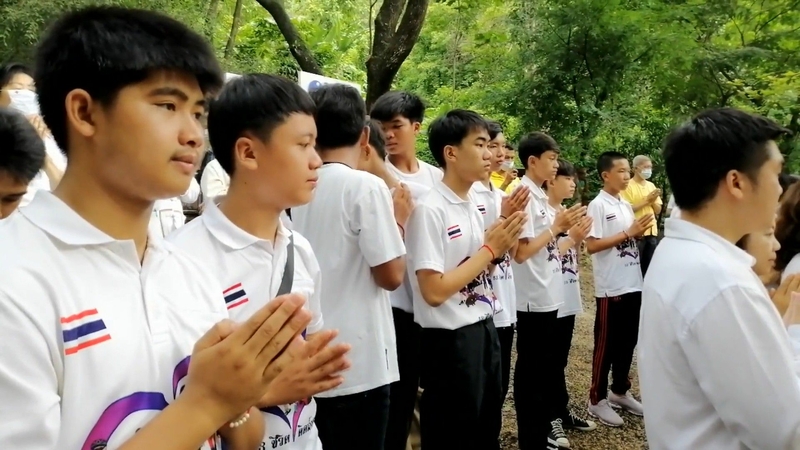 Two years after the famous cave rescue in Chiang Rai’s Mae Sai district, people living near the Tham Luang Nang Non Cave National Park got together to give alms to 108 monks as well as make ritualistic offerings at the Nang Non Shrine on Monday (July 6). The merit-making ceremony was held in memory of Thai Navy Seal Sergeant Saman 'Sam' Kunan, who lost his life on July 6, 2018 as he was trying to rescue 13 members of the Wild Boars football team, who were stranded inside a cave in the Tham Luang cave complex.

Waleeporn Kunan, wife of posthumously honoured Lt-Commander Saman, young members of the Wild Boars team and their coach, were also present at the ceremony. 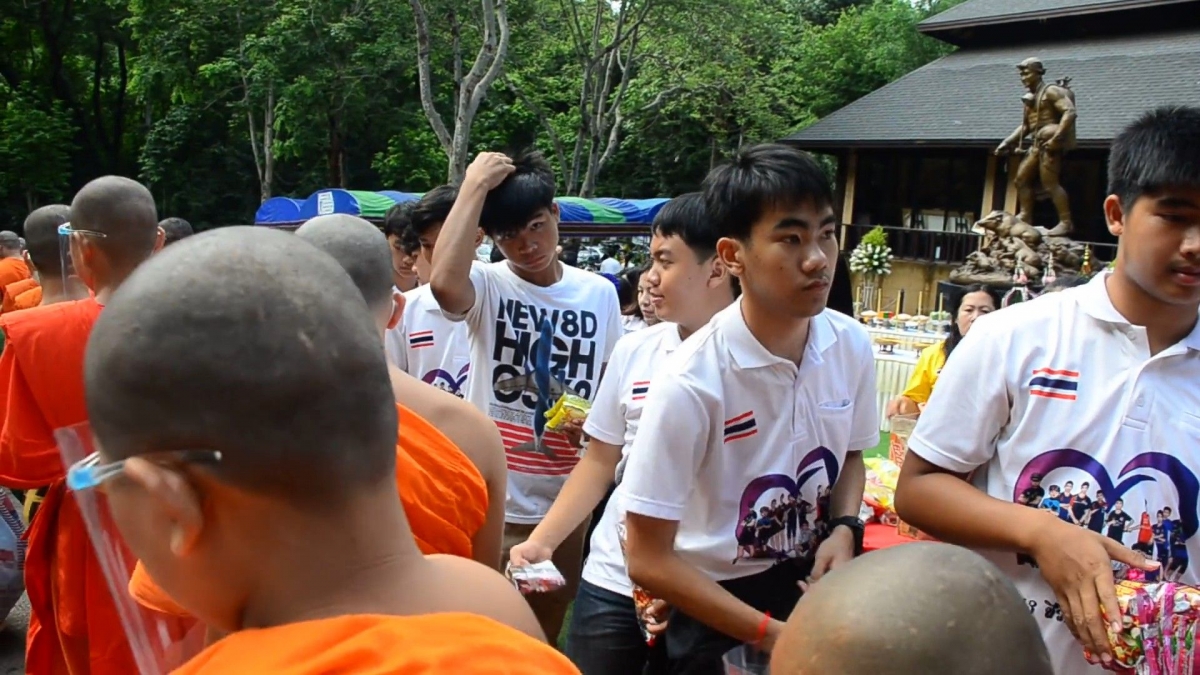