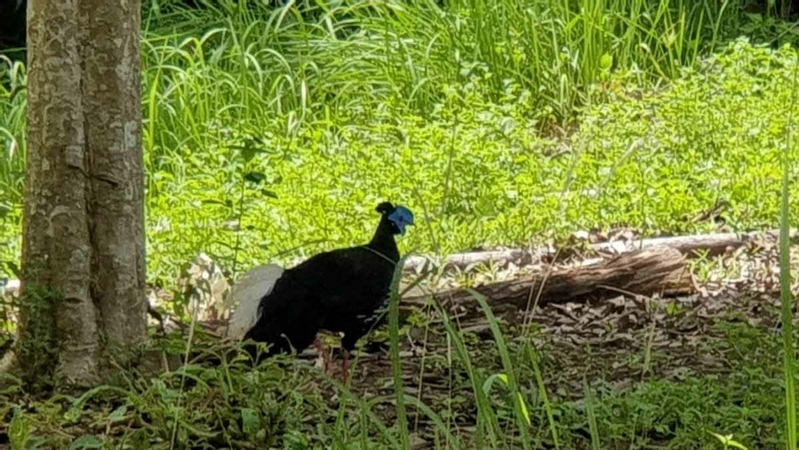 Park chief Arthorn Kamlangbai said this bird was discovered when it appeared out of thick forest to look for food at Thap Inthanin Roadblock.

The wildlife sanctuary had been closed to tourists for more than a month.

“Last year, we found a group of crested fireback pheasants 8 kilometres from this roadblock,” he said. “Bird watchers and tourists have contacted the wildlife sanctuary to allow them in to see and take pictures.”

Bird Conservation Society of Thailand president Kaset Sutecha said the crested fireback pheasant is a very rare bird that usually resides in lowland forests. This bird, he said, is considered a forest ecosystem indicator because it was reportedly discovered only twice in the past 50 years.

“This showed that the wildlife sanctuary has maintained its forest ecosystem very well,” he said. “Therefore, we would like to see this bird for ourselves and take pictures of it because we’ve only heard about its existence for the past 50 years.”

People who wish to snap pictures of the rare pheasant must first contact the head of the northern area of Prince of Chumphon Wildlife Sanctuary Park via telephone 081-7973455 as Thap Inthanin Roadblock can support only ten tourists in four vehicles per day.

Tourists are required to use only trucks or four-wheel-drive vehicles to enter the wildlife sanctuary and bring their own food and drinks. They will need to have their temperature taken, wear face masks, wash their hands and check in and out via the ThaiChana platform.