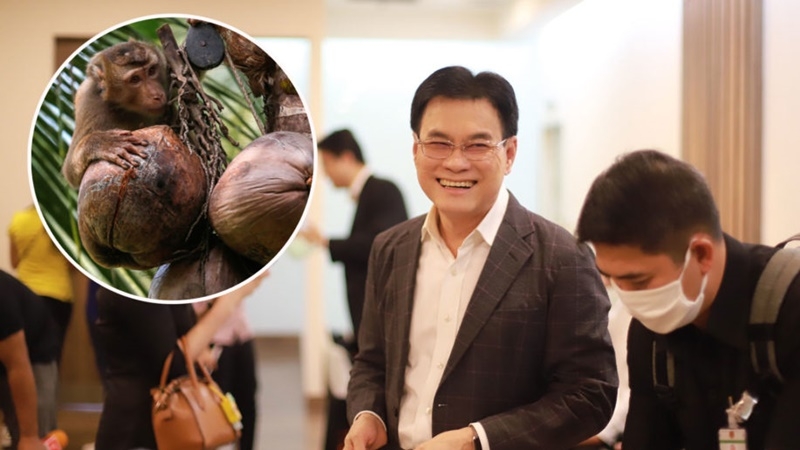 Commerce Minister Jurin Laksanawisit said his ministry would meet with coconut farmers and monkey-school owners for a discussion tomorrow (July 8) and invite European Union ambassadors to observe the process of raising coconut-picking monkeys after an animal rights group claimed they were ill-treated.

The People for the Ethical Treatment of Animals, or Peta, has called for a boycott of coconut products from Thailand, claiming the monkeys are being forced to clamber up trees to pick coconuts, but the Commerce Ministry has pointed out that it is a Thai tradition and part of the country’s culture.

The meeting tomorrow will be held at Government House to rebut the accusation, while ambassadors of European countries will be invited to observe the monkeys at work so Thailand’s coconut product exports won’t be affected.

Jurin said Thai coconut products were in demand in European markets and 70 per cent of Asian restaurants and hotels were the main target group, while 30 per cent were European businesses.

Thailand produced 788,000 tonnes of coconut products in 2019, with exports amounting to about Bt1 billion.