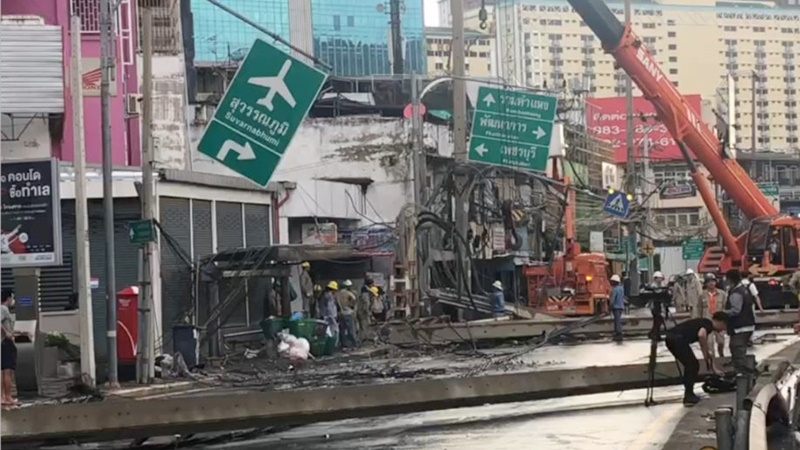 Bangkok’s Pridi Banomyong Road before Khlong Tan intersection was blocked for hours by six fallen electrical posts after a 22-wheel truck ploughed into the poles and overturned.

Truck driver Chaowalit Yooyen said he was delivering rocks to a construction site in Prawet district when his vehicle encountered a wet bridge in heavy rain. The truck skidded and hit the electrical posts, knocking six of them down.

Witnesses confirmed the accident occurred during “heavy rain”. They said they heard a loud noise and saw sparks on the road. The bridge, they added, has seen several accidents, but this was the worst.

Police were informing motorists to take an alternative route via Pridi Banomyong Soi 45. The road was expected to be cleared for traffic around noon.