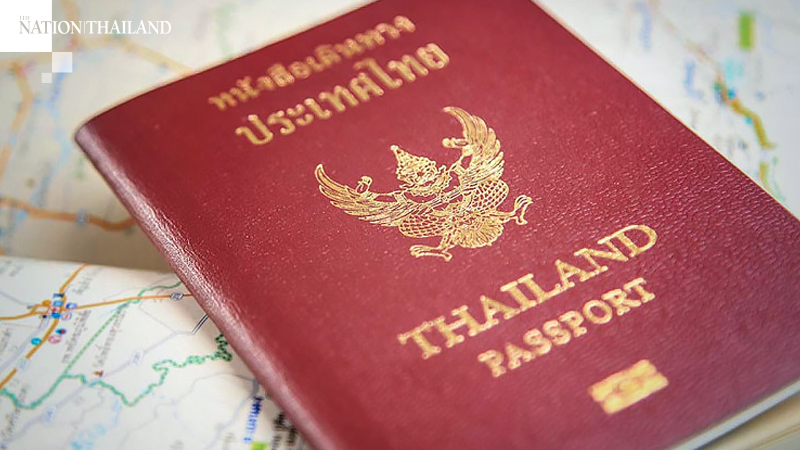 The new version of the Thai passport will be available from July 8 onwards at passport offices nationwide, the Department of Consular Affairs announced on Tuesday (July 7).

“All branches of the passport office -- except for two branches at MRT Khlong Toei and Chaengwattana Road that are under renovation -- will be able to issue the new passport, including the two newly opened branches at MBK Center and in Nakhon Si Thammarat,” said the announcement. “Some branches may not open every day due to the Covid-19 prevention measures, so make sure to book your queue in advance at www.QPassport.in.th.”

The cover of the new passport has been designed to reflect Thai art and culture. The latest technology is being used to protect personal identities. While the earlier passports used face and fingerprint recognition, the new passport will use the "iris scan system". The waiting time will be shorter, too, although the department did not unveil the timeframe for issuance of the new passport.

The new passport will be available in both five years and ten years validity, although the later type will be issued from August onwards, whereas eligible candidates must be of legal age (20 years old, or 17 years old by marriage). The department advised those who do not have immediate travel plans to wait for the 10-year validity version.