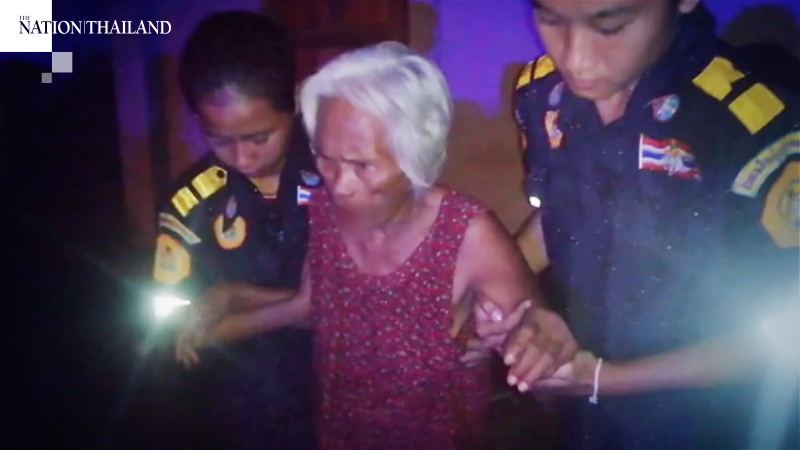 A 76-year-old woman has been hospitalised with serious injuries after allegedly being beaten up by her drunk son in Buriram province. The man's sister is also in hospital with injuries after being attacked and stomped on.

A Facebook user named "Lapaz Cho" informed on Tuesday (July 7) that a local rescue team in Buriram province was informed on Monday (July 6) about a case of violence in Nang Rong district.

When the rescue team and police reached the scene, they found Bua Konkam, 76, severely injured, with many of her teeth broken after being allegedly attacked by her son, Suchit Konkam, 47.

The sister of the accused said that Suchit and his friends were drinking from morning and he was told by his mother to stop drinking since it was already night. 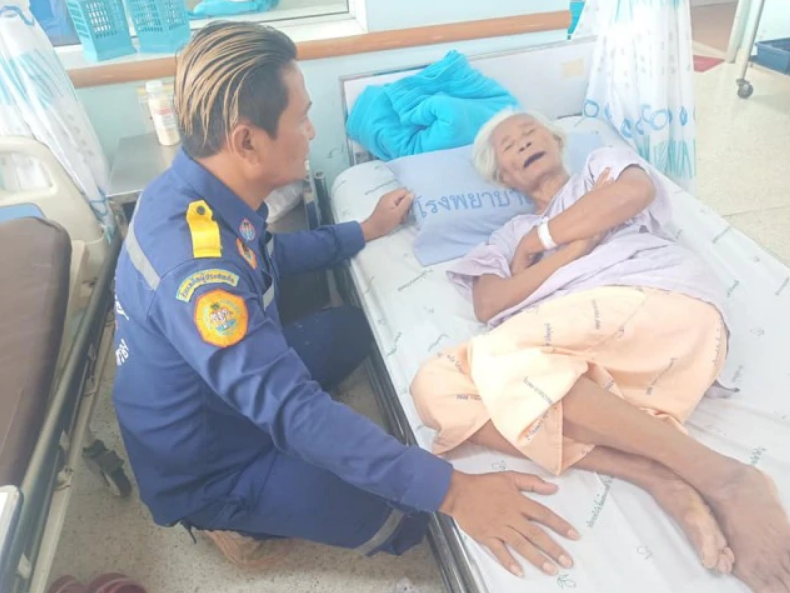 His mother’s words made him angry and he started beating her up. He also attacked his sister and stomped on her, as well as his mother. The alleged assault broke his mother’s teeth and ribs.

However, the mother and daughter ran into their house and locked the door. Suchit reportedly tried to break the door open using a rod, but decided to escape when he heard the arrival of police and rescue teams.

The sister said she was attacked by her brother because she refused to give him money for a disabled person to buy an alcoholic drink.