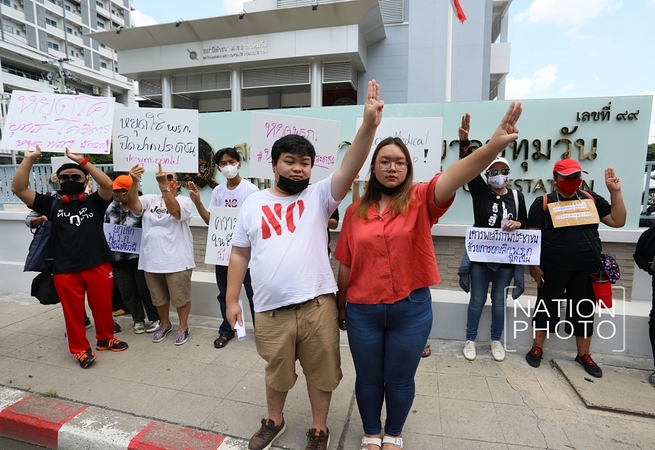 In a move to display civil disobedience, members of the Student Union of Thailand gathered outside Bangkok’s Pathumwan Police Station on Wednesday (July 8) to protest against the government-imposed emergency decree. The demonstration was led by Parit “Penguin” Chiwarak and Panasaya Sitthichirawattanakul.

Last week, members of the union had also publicly torn up the summons they received for allegedly violating the emergency decree on June 5. 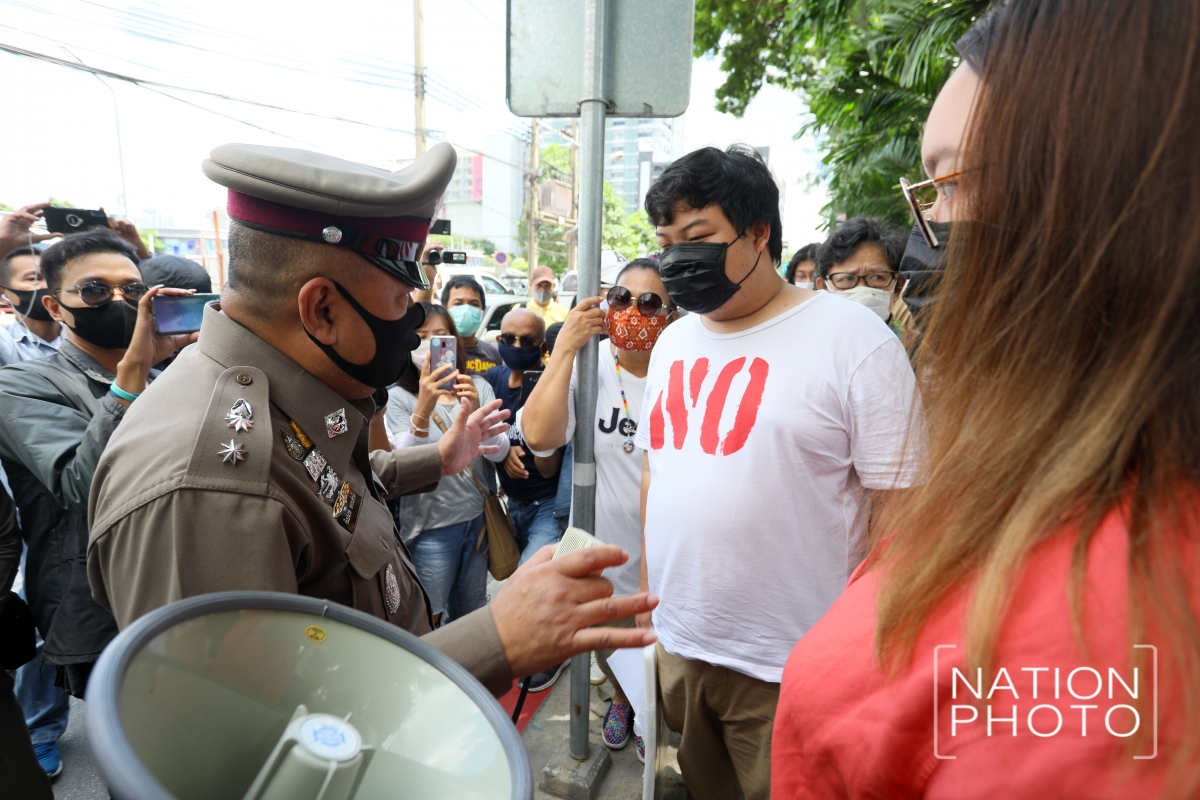 They had been summoned for gathering illegally to protest against the disappearance of Thai activist Wanchalearm Satsaksit, who was kidnapped outside his Phnom Penh home on June 4. 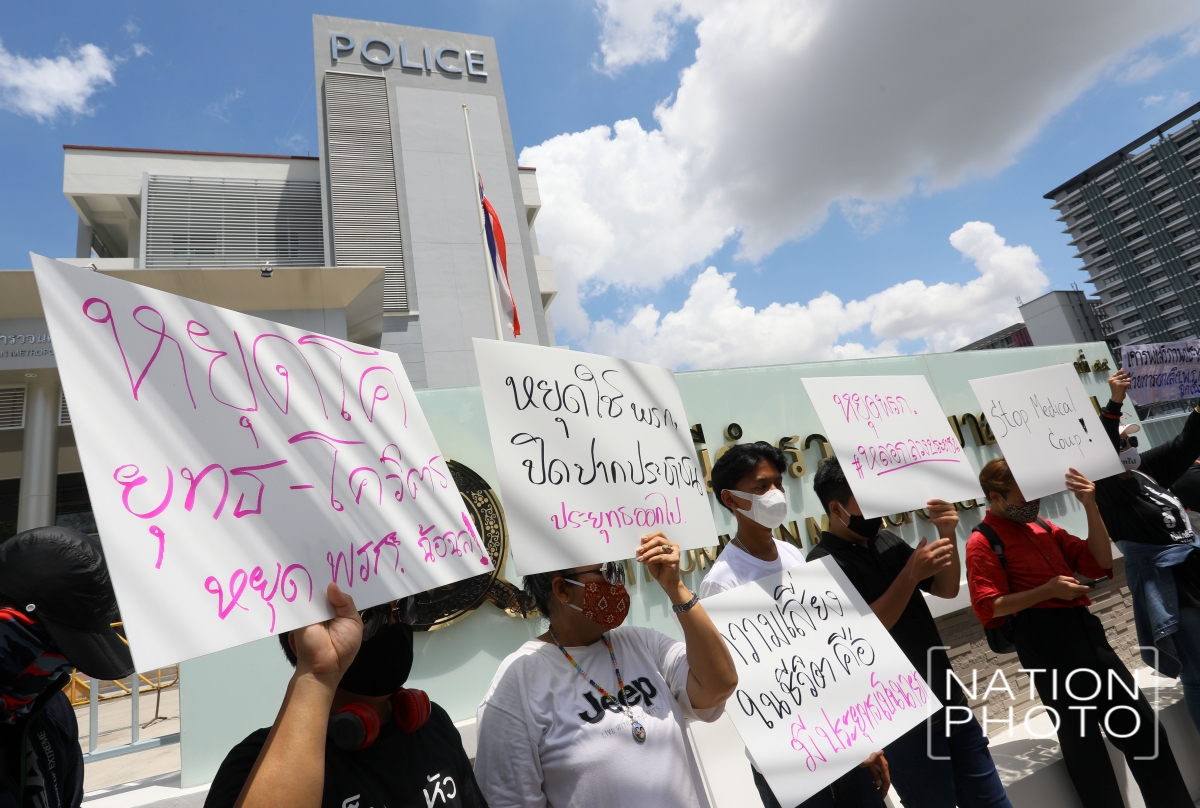 The students received another summons for gathering to mark the 88th anniversary of democracy in Thailand on June 24.